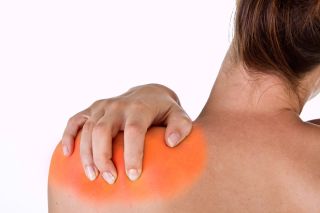 An advisory panel for the Food and Drug Administration voted today to allow testing to resume for  an experimental class of pain drugs for osteoarthritis.

Testing of the drugs, known as anti-nerve growth factor (anti-NGF) drugs, was halted by the FDA in 2010 and early 2011 after some patients taking them experienced what appeared to be the death of bone tissuein the joints, and required joint replacements.

Today, members of the panel cited the need for new pain medications for people not helped by current medications as a contributing factor in their decision. The vote was unanimous.

"There's so many patients with chronic pain in this country, and there's so few treatments," said Dr. Joan Bathon, director of the division of rheumatology at Columbia University in New York City, who presented a review of data at the meeting, but did not vote. The hope is that, by managing the potential side effects of the drugs, their development can be continued, Bathon said.

Three drugs companies — Pfizer, Johnson & Johnson and Regeneron Pharmaceuticals — were testing anti-NGF drugs before the trials were stopped. Pfizer's drug, tanezumab, was the farthest along in trials. In addition to, osteoarthritis a form of arthritis in which the cartilage in a joint breaks down, leading to bone rubbing on bone, companies were also testing the drugs for other pain conditions, including chronic lower back pain and nerve pain in diabetes patients.

Anti-NGF drugs block a protein called nerve growth factor, which is important for the development and survival of certain nerve cells also thought to cause sensitivity to pain in certain conditions.

A 2010 study of 450 patients with knee osteoarthritis found tanezumab reduced pain by 45 to 62 percent, compared with a placebo that reduced pain by 22 percent.  But after the study ended, 16 patients taking tanezumab experienced bone tissue death in their knee, hip or shoulder joints and required joint replacements.

In more than half the patients, the joint that needed replacing was not the symptomatic joint that was being evaluated in the study. The study, sponsored by Pfizer, was published in the New England Journal of Medicine in September 2010.

Johnson & Johnson also reported a case of bone tissue death in a patient in a study of chronic lower back pain who had no history of osteoarthritis.

The drug companies argued the joint destruction seen the studies was linked with simultaneous use of anti-NGF drugs and anti-inflammatory drugs (NSAIDs), such as aspirin or ibuprofen, and with higher doses of anti-NGF drugs. Precautionary measures such as prohibiting use of NSAIDs with anti-NGF drugs, using lower doses and excluding those who don't respond to the drug early on, could reduce the occurrence of this side effect by 90 percent, Pfizer said.

Pfizer also argued the joint destruction seen in patients was not, for the most part, due to a condition called osteonecrosis, characterized by bone tissue death, but instead due to rapid progression of the osteoarthritis itself.

The panel said, regardless of the initial cause, such outcomes in osteoarthritis are unusual (the disease almost always progresses slowly).

"The big concern is their toxicity directly to bone," which has not been suggested in studies in mice, Bathon said.

The panel recommended trials of anti-NGF drugs carefully monitor study patients through X-rays and magnetic resonance imaging (MRI). Study patients should also avoid NSAIDs and be warned of the potential risks of these drugs.

The FDA still needs to make a final decision about whether the trials can continue.

Pass it on:  Use of an experimental class of pain drugs has been linked to joint destruction, and the FDA will decide whether trials of the drugs can continue.