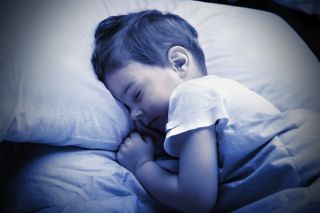 Some children who wet their bed might be suffering from constipation, a new study finds.

Researchers examined 30 children and adolescents who were being treated for bed-wetting, and found some had rectums that were distended with stool, despite having normal bowel habits.

After treating the children with laxatives, 25 of the 30 participants did not wet their beds for the next three months.

"This study identifies how stool left in the rectum causes the rectum to expand and push against the bladder, making it hard to hold your urine," Hodges said.

The study was published Jan. 27 in the journal Urology.

How to know if your child is constipated

About 15 percent of kids in the U.S. wet the bed after age 3, according to the American Academy of Child and Adolescent Psychiatry. More boys wet their beds thangirls.

Hodges said the link between bed-wetting and excess stool in the rectum was first reported in a 1986 study, but the finding didn't change the way doctors treated the condition.

"For years, constipation has been undiagnosed and therefore untreated," he said.

Hodges said thinks it may be due to the lack of understanding of what constipation means.

"The definition for constipation is confusing, and children and their parents often aren't aware the child is constipated," he said.

Monitoring a child's bowel movements isn't enough to identify a problem, Hodges said. He recommends parents should look at the size of the child's stool — stools that are hard, or wider than 2 centimeters, could be a sign of constipation, so parents should consider talking with their doctor, he said.

More than one factor related to bed-wetting

In the study, the researchers reviewed abdominal X-rays of the 30 children who had problems with bed-wetting, including 19 boys and 11 girls between ages 5 and 15. All X-rays showed excess stool in their rectums.

Kids were treated with a stool softener. For kids who still had enlarged rectums, enemas or laxatives were used. After treatment, researchers found 25 kids no longer wet their bed within three months.

"It's still not conventional wisdom that bowel health plays a role in bed-wetting," said Dr. Lane Robson, a pediatric urologist and director at The Children's Clinic in Canada, who was not involved with the research.

Still, "there is growing evidence that points to constipation, and that's a huge thing," he said. "More and more parents should know about this."

But Robson said that aggressively treating constipation isn't the only answer.

"Bed-wetting is also a combination of the kidneys making more urine than [the bladder] can hold, and a child having trouble waking up to go to the bathroom at night," Robson said.

He recommended making sure the child remains hydrated. "Restricting fluids in the evening is not good health," he said. In fact, restricting fluids at night actually perpetuates bed-wetting.

He said that kids should be taught to wake up at night, by using a bed-wetting alarm, after improving the child's bowel health and hydration.

Pass it on: Bed-wetting in children could be caused by undiagnosed constipation.