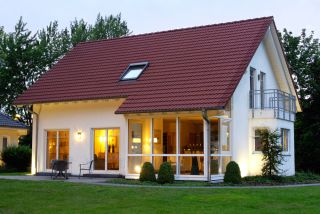 Each week, MyHealthNewsDaily asks the experts to answer questions about your health. This week, we asked emergency room doctors: What are the most dangerous items in a home?

Dr. Ryan Stanton, spokesman for the American College of Emergency Physicians and medical director of the University of Kentucky Good Samaritan Hospital Emergency Room in Lexington:

The most deadly — and I have two cases from this in the ER right now — is the stairs. More than 1 million people go to the emergency room every year because of the stairs, and it's probably one of the greatest causes for injury.

There's a common story I hear from the elderly: I got up at night, I was going to the bathroom, I opened up the wrong door, to the basement and I tumbled down the stairs. The usual injuries are bone injuries, fractures and head injuries.

It can happen to anyone. My daughter just fell down the steps yesterday.

The floor causes injuries that send about 1.2 million to the emergency. Someone with carpet is more likely to trip, but the harder the surface, the more likely they are to be injured. People are more likely to get injured on hardwood [than carpet], then tile floors, and finally concrete slabs will cause the most injuries.

To focus on kids, bathtubs are the most dangerous thing in the house. Bathtubs are the second leading location, after pools, where young children drown. And drowning is the leading cause of unintentional death in children ages 1 to 4.

The U.S. Consumer Product Safety Commission (CPSC) reports on submersions, related to non-pool or non-spa products like a hot tub. From 2005 to 2009 there were 660 submersion incidents involving children younger than 5 years old, and of that number, 431 were fatalities, and 17 were incidents with unknown injuries. The majority of the victims were younger than age 2, and 92 percent of incidents occurred in the home.

Never leave a young child alone near any water, or bathtub or basin filed with water. Young children can drown in just a few inches of water. The CPSC urges parents and caregivers, when you have your child in the bathtub stay within arms reach. Don't answer the door, don't answer the telephone — stay with the child. If you have to leave the bathroom, take the child with you. Don't leave a young child in the bathtub under the care of another young child.

For the elderly, throw rugs. That's what I would say. In term of household hazards, throw rugs may not be the most common reason for hospitalization, but it's one of the most deadly ones. If a frail adult trips and falls on a throw rug and breaks a hip, there's a 30 to 50 percent chance that he or she won't survive a year.

Throw rugs can actually be worse than stairs in terms of danger. People are more likely to be cautious going up and down stairs, and there's a hand rail. With a throw rug, you're walking quickly to get the phone, or you're up at night to go to the bathroom in the dark and whoops, you've caught your toe on the corner and you go down.

For folks who already have some mild memory problems or early dementia, diphenhydramine [sold as Benadryl] is one of the most dangerous things in the house. Folks are using it for sleep a lot — that or Tylenol PM, which has the same ingredient as Benadryl in it.

These medicines can increase confusion, and can counteract their dementia medicines putting them at risk for accidents.

Dr. Edward Otten, emergency medicine physician and toxicologist at the University of Cincinnati:

I'd say alcohol causes the most problems inside houses. This includes alcohol leading people to harm themselves, people harming others and alcohol causing accidents.

After that, I'd say carbon monoxide is a very common dangerous thing in the house, then things like prescription drugs. There's a large rise recently — the U.S. Centers for Disease Control and Prevention just came out with a report that said prescription drug deaths have quadrupled in the last decade.

Dr. Timothy Erickson, professor of emergency medicine and toxicology at the University of Illinois at Chicago:

Certainly, the one thing I worry about the most with lethality would be guns, then kids having access to car keys. Certainly prescription drugs of parents, in particular some of the pain killers.

If you look at the lethality, it's going to be guns, alcohol, the car, prescription drugs, and the garage killers — which are your windshield wiper fluid (or methanol) and anti-freeze (or ethylene glycol).