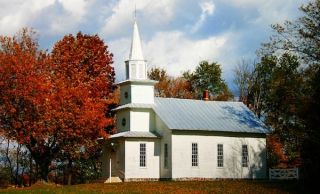 People who go to church more often have lower blood pressure than those who are less church-going, according to a new study from Norway.

Although there has been previous research in the United States regarding the relationship between religious practice and blood pressure, no such work had been conducted in Norway.

The findings surprised study co-author Dr. Jostein Holmen, a community medicine professor at the Norwegian University of Science and Technology, because it's uncommon for Norwegians to attend church often, whereas it's common in the United States.

"I expected that we would not find any association between church attendance and blood pressure in the [study] population," Holmen said. But the results were similar to those of studies done in the United States.

"Two-thirds of studies have found that there is an inverse relationship between religious attendance and blood pressure," said Dr. Harold Koenig, the director of the Center for Spirituality, Theology and Health at Duke University, and an author of the study.

The study was published Nov. 21 in the International Journal of Psychiatry in Medicine.

The researchers used data from the Nord-TrøndelagHealth Study, nicknamed the HUNT Study, which has been gathering health data from 120,000 Norwegians since 1984. The data in the new findings came from the study's third phase, which was conducted between 2006 and 2008.

Residents over age 20 in Nord-Trøndelag, a rural county in central Norway, were sent questionnaires that included questions about religious attendance, and returned them to screening stations where their blood pressure was measured. About 41,000 people completed the study.

When analyzing the data, the researchers took into account other variables that could affect blood pressure, such as age, education level, cardiovascular disease and depression.

They found that people who attended church more often, did in fact, have lower blood pressure than those who didn't.

Koenig, who has researched the health benefits of religion for years, said he was not surprised.

"The main point is that there is a relationship between religion and one indicator of health, blood pressure," he said. "In northern Europe, which is largely secular, there is the same relationship that exists in the United States, which is quite religious. Even in secular societies these relationships emerge."

The reason for the blood pressure reduction may be that "people who attend services are exposed to sermons that provide guidance for healthy decision-making and coping with stress," Koenig said. "Church services also involve praying and singing together, as well as performing sacred rituals together, which probably have physiological consequences and help to reduce stress. Reducing stress can bring blood pressure down."

Additionally, the social interactions that happen at church may contribute to general health, though this likely accounts for a small amount of the health benefits of going to church, Koenig said.

Although these results align with many previous studies, other studies have found the exact opposite.

Dr. Amy Luke, an associate professor at Loyola University Chicago Stritch School of Medicine, recently published a study that found that frequent churchgoers had higher blood pressure than others.

Luke said she attributed her findings to the fact that her study's participants engaged in health ministries at their churches, and were simply more aware of health issues, such as high blood pressure.

"Religion has different meaning for different folks," Luke said. "There are differences in populations and communities."