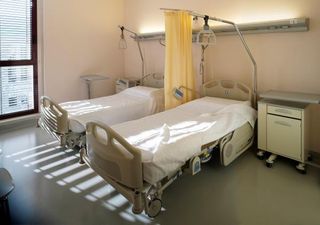 Recent advances have given organ donors easier surgeries and faster recovery times, but the advances have not tackled one primary issue in organ donation: the limited supply of organs.

A new paper argues that a trend in society toward less altruism bodes further problems for the availability of organs.

The paper's data show that while donations from living people increased 250 percent between 1995 and 2007, donations from people upon their death have risen only 7 percent. The organ donation shortage study was based on donations in Australia, the Netherlands, Canada, Germany, the U.K. and the U.S.

Those numbers show that people are less willing to give for altruistic reasons (organs donated upon death are given to a stranger) but are increasingly willing to give kidneys while alive (generally done directly to someone the donor knows), where a measure of payback may ultimately be expected, the author said.

"The shift toward restricted altruism is, in my view, the first step in a privatization process that ends with organ trafficking," said Hagai Boas, a sociologist at Tel Aviv University in Israel.

His findings show "that we can search the roots of organ trafficking in the shift to direct donations, or even in the problem of organ shortage," he said.

Kidneys, which can come from a living or deceased donor, are the most needed organ. According to the Organ Procurement and Transportation Network (OPTN), part of the U.S. Department of Health and Human Services, there were more than 50,000 people waiting for kidney transplants. The total waiting list for all organs includes 72,000 people.

Boas said his study shows that while there may be a growing number of people willing to give a kidney, there are fewer willing to part with their organs at death. And that necessitates more donations from the living.

"The stagnation in cadaver donation has many reasons," Boas told MyHealthNewsDaily. "Some of them are related to policy, to the decrease in brain death incidence and, of course, to fears and reluctance from [would-be organ donors]. This creates the chronic shortage of organs in the public sector of organ donations , which in turn leads to an increase in living kidney donors."

There may be other reasons for the shortage as well.

"A lot of it is just reluctance to think about it," said Alvin E. Roth, a professor of economics at Harvard University.

The numbers might be more of a reflection of the trend toward minimally invasive surgeries to remove a kidney from a living donor, said Roth, who helped design the New England Program for Kidney Exchange, in which patients who have a willing but incompatible live donor are paired to "exchange" kidneys with another incompatible pair, so that two transplants are completed.

But he agrees that the lack of deceased donation is a problem that needs tackling.

"The place in the world that does best is Spain. They attribute it to the professionalization of the task," he said.

For a potential donor who has passed away in the U.S., he said, "The first person to ask your wife [if your organs may be donated] is likely to be one of the surgeons."

"In Barcelona, it's someone from the organ bank."

Roth said the idea is worth exploring but, he acknowledged, "It's less purely altruistic to say that in return for your donation, you're going to get something, which is priority."

Boas, who received a kidney transplant when he was 13, said that programs to increase the pool of available organs are needed, and may overwhelm concerns about what's motivating people to donate.

Long waiting lists leave no hope for some patients, so private donation is a life-saving option that overshadows its ethical or social shortcoming, he said.

"The only way of battling this trend is by dramatically increasing the pool of public organ donors. I am, however, pessimistic, as I see no real option of enlarging the public pool."

Boas' paper was published online on Aug. 27 in the journal Social Science & Medicine.

Pass it on: Organ donations from living people have risen sharply recently, while donations made upon death have not kept pace.