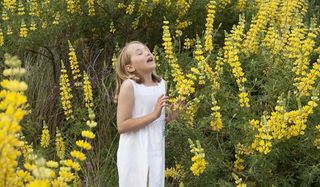 Children with vitamin D deficiencies are more likely to have both food allergies and outdoor allergies, another study finds.

"This study suggests these two phenomena might be linked," the researchers concluded.

Vitamin D is believed to have anti-inflammatory effects in the body, which may play a role in the link, the study said.

A previous study showed that the number of people who visit emergency rooms due to acute allergic reactions to food rises in the winter, the researchers said. Vitamin D levels tend to be lowest in the winter, because skin cells need sunlight to produce active vitamin D from other compounds in the body.

The study was based on a nationally representative sample of 3,136 children and teens who took part in the National Health and Nutrition Examination Survey. The researchers measured the vitamin D levels in the blood and conducted interviews and physical examinations.

The researchers also studied 3,454 adults, but found no association between vitamin D levels and allergies in adults .

This study shows only an association, and does not prove that vitamin D deficiency causes allergies in children, said study researcher Dr. Michal Melamed, assistant professor of medicine and of epidemiology and population health at Albert Einstein College of Medicine in New York. But children should certainly consume adequate amounts of the vitamin, she said.

"The latest dietary recommendations calling for children to take in 600 IU of vitamin D daily should keep them from becoming vitamin D deficient," Melamed said.

Other research has suggested a similar link. A 2010 study in the Journal of Clinical Investigation showed that vitamin D reduced the production of proteins related to mold allergies. Another 2010 study by researchers at Massachusetts General Hospital in Boston found that low levels of vitamin D were associated with an increased risk of respiratory infections.

The new study was published online in the Feb. 17 issue of the Journal of Allergy and Clinical Immunology.