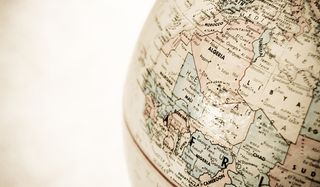 The number of obese people in the world has nearly doubled in the last 30 years, according to a new study examining worldwide obesity trends.

Meanwhile, blood pressure and cholesterol levels have dropped in high-income countries since 1980, according to two other studies. The use of drugs likely contributed to the decrease in blood pressure, researchers said.

Globally, women have higher body mass indices (BMIs are a measure of weight and height) than men, on average. But men have higher BMIs than women in high-income regions, said study researcher Majid Ezzati of Imperial College London, who analyzed global data for all three studies.

The differences emphasize that "our nutritional environment and nutritional policy is important" in influencing our health, Ezzati told MyHealthNewsDaily.

The three studies were published online today (Feb. 3) in the journal Lancet.

The Pacific islands had the highest BMI, with an average of 34 to 35 (a BMI of 30 or higher indicates obesity).

The United States has the highest average BMI among high-income countries, and also had the most rapid increase in BMI in the last 30 years — an increase in 1 BMI point for each decade, the study said.

Japan has the lowest average BMI, with about 22 for women and 24 for men, the study said. (Normal-weight people are those with BMIs between 18.5 and 24.9.)

Reduction in physical activity and high consumption of processed carbohydrates and refined sugars are finally showing their impact on our health, said Dr. Venkat Narayan, a professor of global health and medicine at Emory University in Atlanta.

Blood pressure is on average lowest in South Korea, Cambodia, Australia, Canada and the United States, according to the study. This is likely because of good access to hypertensive drugs in these countries, Narayan said.

Average blood pressure increased in the Pacific islands, east Africa and south and southeast Asia over the last 30 years. And out of all the regions in the world, blood pressure is highest in Baltic and east and west African countries, the study said. Increased blood pressure can at least partially be attributed to rapid urbanization in low- and middle-income countries, Narayan said. Urbanization generally brings more processed foods — with high salt and low potassium — and more sedentary lifestyles to a region.

"What took countries like Europe and the U.S. 100 years is happening in 10 to15 years for these countries," Narayan told MyHealthNewsDaily.

Lack of access to low-cost medications could also contribute to rising blood pressure in these regions, he said.

Average cholesterol levels fell between 1980 and 2008 in high-income regions such as Australia, New Zealand, North America and Western Europe. But cholesterol levels increased in east and southeast Asian countries such as Japan, China and Singapore, the study said, likely because of the increase in animal products and fats in the diets of people in those countries.

While cholesterol-lowering statin drugs could account for half of the decrease in cholesterol in high-income countries, public health campaigns against saturated and trans fats also likely played a role, Narayan said.

Still, "Any gains we make [in blood pressure and cholesterol] will get lost unless we also attack obesity," Narayan said. Obesity also increases the risk of Type 2 diabetes , which can cause kidney failure and blindness.

The world needs to view obesity, cholesterol and blood pressure as threats not just to health, but also to economies, he said.

"These diseases are beginning to strike young people, particularly at low- and middle- income countries," Narayan said. "It's costly not just to health systems, but also to economies, because they're losing the best part of their years when they're most productive."

Pass it on: Global obesity has nearly doubled in the last 30 years, but cholesterol and blood pressure decreased, likely because of medications and lifestyle changes.