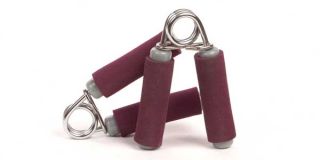 Having a strong grip and good balance might actually indicate that you'll live longer, a new study finds.

The results, based on a review of 28 studies, show that poor performance on simple physical tasks, such as gripping, walking, rising from a chair and balancing on one leg, are associated with an increased risk of mortality.

Most of the studies were carried out in communities of older people , the researchers said, but the findings likely apply to the old and the young because the results held true even after accounting for age. However, more studies should be done on younger populations to confirm the findings.

It's possible that these measures could be used as simple screening tools to identify people who might benefit from targeted interventions such as strength training , according to the researchers.

The results are published today in the British Medical Journal.

Researchers at the University of London in the United Kingdom reviewed 57 studies and found 28 that looked at physical capabilities in people of any age and recorded their subsequent mortality. They excluded studies of people in institutions such as hospitals and care homes.

In 14 studies that dealt with grip strength, which included 53,476 participants, the death rate of the weakest people was 1.67 times greater than that of the strongest people, after taking age, sex and body size into account.

In five studies that dealt with walking speed, which included including 14,692 participants, the death rate of people who were slowest was 2.87 times greater than that of the people who were fastest, after similar adjustments.

It's possible that the findings might be explained by the fact that those with better performance on these tasks were more physically active, according to the researchers. While they took into account body size, they did not adjust for physical activity level.

Another possible reason for the link might be that these physical capabilities are indicators of general health and disease.Future clinical trials will be needed to determine whether interventions aimed at improving physical strength could help reduce mortality, the researchers said.