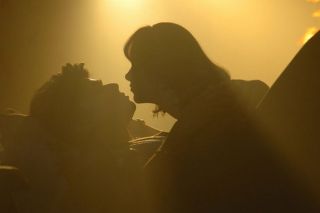 For decades, stereotypes about gender and sex were bolstered by surveys in which men reported far more sexual partners than women. But a 2003 paper in the Journal of Sex Research found that if study participants thought they were hooked up to a lie detector, men and women would report the same number of sexual partners on average.

The results suggested women were the ones lying when they thought they could get away with it, likely being coy about how many people they'd had sex with to avoid being seen as promiscuous.

Apparently, not much has changed in the past decade. Even as many stereotypes fade, both men and women still feel pressure to meet gender expectations when it comes to sex, a new study shows. [Busted! 6 Gender Myths in the Bedroom & Beyond]

Nearly 300 college students participated in the research, completing a questionnaire that asked how often they engaged in 124 different behaviors. A previous study determined which of those habits were thought of as stereotypically masculine — for example, wearing dirty clothes and telling dirty jokes — and which were believed to be more common among women, including writing poetry and fibbing about body weight.

When some of the students filled out the questionnaire, they were hooked up to a polygraph machine or lie detector. Unbeknownst to those participants, the lie detector wasn't actually working.

For non-sexual behaviors, the participants didn't seem to feel pressured to report what they did in a way that conformed to conventional gender roles. For instance, women attached to the fake lie detector were just as likely as the polygraph-free women to say they took part in stereotypical male activities like lifting weights, the researchers said.

But for the questions about sexual experience, a gap emerged.

"There is something unique about sexuality that led people to care more about matching the stereotypes for their gender," said researcher Terri Fisher, an Ohio State University professor of psychology who also authored the 2003 study.

"Men and women had different answers about their sexual behavior when they thought they had to be truthful," Fisher added in a statement. "Sexuality seemed to be the one area where people felt some concern if they didn't meet the stereotypes of a typical man or a typical woman."

The research was detailed in a recent issue of the journal Sex Roles.