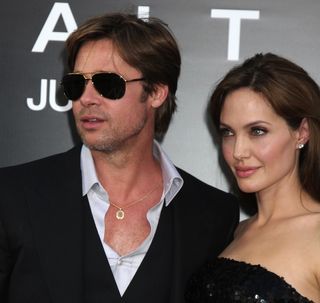 Angelina may like him for his immune system.
(Image: © Helga Esteb / Shutterstock.com)

If you saw Brad Pitt without his current trademark long locks, would you recognize his face?

Most would, just as most Americans recognize Bill Clinton, Marilyn Monroe, and Sylvester Stallone.

Brad Pitt, however, says he probably wouldn’t remember your face, even if you’d had a one-on-one conversation with him. And it’s not because he’s a holier-than-thou Hollywood star, he says: He thinks he has face blindness.

"So many people hate me because they think I'm disrespecting them," he told Esquire this week. "So I swear to God, I took one year where I just said, This year, I'm just going to cop to it and say to people, 'Okay, where did we meet?' But it just got worse. People were more offended. Every now and then, someone will give me context, and I'll say, 'Thank you for helping me.' But I piss more people off. You get this thing, like, 'You're being egotistical. You're being conceited.' But it's a mystery to me, man. I can't grasp a face and yet I come from such a design/aesthetic point of view. I am going to get it tested."

That interview prompted Carnegie Mellon neuroscientist Marlene Behrmann to extend an invitation to Pitt to have his brain imaged and examined for prosopagnosia, or face blindness. In severe cases, people have trouble even recognizing their own face in mirrors.

It’s a condition that’s been gaining attention, appearing in academic papers in the early 2000s. Scientists have understood since the 1940s that brain damage could cause face blindness, but it took decades to realize that some are born with the condition. The first case of developmental prosopagnosia was reported in 1976, when a mom realized her daughter had trouble distinguishing her friends at school, when they were all wearing uniforms.

The condition may affect as many as 1 in 50, said Dartmouth professor Brad Duchaine, who has studied the condition extensively. The causes are complex, but scientists say they are getting closer to pinpointing the roots.

“If you think about an analogy to an electrical circuit, there are different nodes of the circuit, and face recognition requires a number of different regions that work in concert to yield accurate face recognition,” Behrmann said. “There’s some problem in the circuitry, and we have some hypotheses on the table.”

And those who never fully develop the ability often don’t realize what’s wrong.

“A lot of people know something’s wrong; some are able to put a finger on it, but others don’t know and they often attribute it to not trying hard enough, or some think, ‘Maybe I’m not interested in people,’ and many feel guilty about it until they learn it’s an actual problem,” Duchaine said.

Like many similar conditions (scientists suspect prosopagnosia falls into in the same general category as dyslexia), face blindness can be experienced in a wide range of degrees. Some also experience problems reading facial expressions.

"And at the opposite end of the continuum, there are super recognizers, people with out of this world facial recognition who have to hold themselves back" on saying hello to everyone they recognize, because people think they're being stalked, Duchaine said.

Duchaine has helped create a website with some basic facial recognition tests for people curious about their own ability. No word on whether Brad Pitt has taken it.