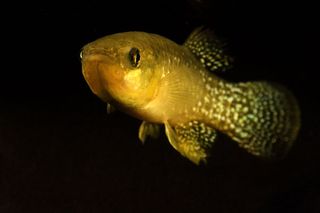 New research shows that a signal species of fish in the Gulf Coast was harmed by exposure to crude oil toxins nearly a year after the 2010 Deepwater Horizon oil rig disaster occurred.

Using wire minnow traps, the researchers — from Louisiana State University, Clemson University and the University of California, Davis — collected Gulf killifish (Fundulus grandis) from oil-contaminated Grande Terre, La., and from reference sites in Mississippi and Alabama — sites that were not contaminated — during four trips between May 2010 and August 2011.

Analyses of the Grande Terre fish revealed abnormal gene expression in their liver and gill tissues. Furthermore, embryos that were exposed in the lab to Grande Terre sediments failed to hatch or were smaller and showed "poor vigor." The embryos also suffered edema, or excessive fluid buildup, around the heart and in the yolk sac.

Killifish are useful as study subjects because they don't migrate, making them good indicators of the effects of toxins in their environment. Other species that share similar habitats with the Gulf killifish are redfish, speckled trout, flounder, blue crabs, shrimp and oyster.

"These effects are characteristic of crude oil toxicity," said co-author Andrew Whitehead, an assistant professor of environmental toxicology at UC Davis. "It's important that we observe it in the context of the Deepwater Horizon spill because it tells us it is far too early to say the effects of the oil spill are known and inconsequential. By definition, effects on reproduction and development — effects that could impact populations — can take time to emerge." But he also noted that oil from the Deepwater Horizon spill showed up in patches without coating the coastline. That means some killifish may have been less impacted.

The National Science Foundation-supported paper was posted online before its publication in Environmental Science and Technology.

The Deepwater Horizon oil spill is the largest recorded in history, resulting in an estimated 210 million gallons of crude oil spilled.