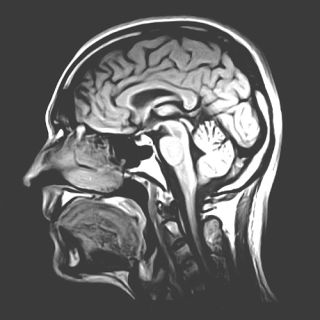 Sharply reducing calorie intake, by as much as 40 percent, could slow aging in cells and may even prolong life span, studies have suggested. Now, researchers say they have found a way to mimic the beneficial effects of calorie restriction on the brain with a drug.

The pill activates an enzyme in brain cells, and the study showed the drug delayed both the cognitive impairment associated with aging and Alzheimer's disease, and the loss of nerve cells that happens with aging.

The new study was done in mice, but it suggests scientists could develop drugs that stave off decline in human brain function.

"There are clear implications for human health," said Coleen Murphy, a professor at Princeton University who studies aging, but was not involved in the new study.

In the new study, researchers at the Massachusetts Institute of Technology  focused on how calorie restriction affects brain cells. They showed that restricting the calorie intake of laboratory mice by 30 percent boosted levels of an enzyme in the brain, and delayed the loss of nerve cells that can accompany decline in brain function.

The calorie-deprived mice also did better on memory tests, compared with their well-fed counterparts.

Then, the researchers mimicked calorie restriction — they fed the mice a regular diet, but also gave them the enzyme-blocking drug. These mice had better functioning brain cells, and did better on cognitive tests, just as the mice that were fed a calorie-restricted diet.

The study is the first to show that the benefit of calorie restriction on cognitive function is linked with less degeneration of neurons.

This is also the first demonstration of a synthetic molecule that mimics the benefits of caloric restriction, said David Sinclair, a professor at Harvard Medical School who previously collaborated with the authors on aging research.

"What makes this even more interesting is that the [drug] prevented neurodegeneration, one of the hardest degenerative processes to slow down with a drug," Sinclair said.

Whether calorie restriction could increase human life span is not clear. Life span increases have been shown in studies of mice and other research organisms such as roundworms. But studies lasting more than 20 years in monkeys have had conflicting conclusions. Human studies would take even longer and, realistically, not many people are likely to choose a constant state of partial starvation, even if it does prolong their life.

The potential benefits of calorie restriction on brain health also need further study, the researchers said. Much more work is necessary to understand whether boosting levels of an enzyme by taking a pill could help human brains function better in old age, and whether such a pill could prevent or even reverse the changes in the brains of Alzheimer's disease patients.

No such pill is likely to be without its own side effects, or completely prevent disease, cautioned Li-Huei Tsai and Johannes Gräff, lead authors of the new study.

"Our results show that we can delay neurodegeneration, but that is still a long way to actually preventing it," Tsai said. "Presumably, drugs will never be able to totally prevent a disease, but as long as its onset can be delayed, this is all we can hope for."

The new study is published today (May 22) in the Journal of Neuroscience.

Pass it on: Scientists have made a step toward delaying cognitive decline associated with aging and Alzheimer's disease.