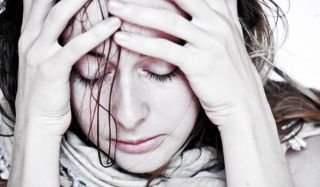 SAN FRANCISCO — A drug long-used as an anesthetic is showing increasing evidence that it also eases symptoms of depression, new research suggests.

In a small study, the drug ketamine improved major depression better than an active placebo, an anesthetic that had similar effects. The findings were presented Monday (May 20) here at the annual meeting of the American Psychiatric Association. Past studies had suggested that ketamine could ease depression, but this is the largest study to date.

Ketamine is an anesthetic used by veterinarians on animals. In people, ketamine, or "Special K" is also a popular club drug that can cause visual and auditory hallucinations and the feeling of being out of body, an experience users call going down the "k-hole."

A few small studies have suggested that ketamine could ease symptoms of depression almost instantaneously. But those studies were small, and the trippy effects of the drug made it impossible to do a "blind" test, in which patients did not know whether they were receiving the drug or a placebo. That raised the possibility that their symptoms improved due to the placebo effect.

To truly blind the study, James Murrough, a psychiatrist at the Icahn School of Medicine at Mount Sinai in New York, and his colleagues looked at 72 people who suffered from major depression that hadn't responded to other treatments. Half received ketamine, while the other half received midazolam, an anesthetic that hasn't been tied to depression improvement. They then asked patients to rate their depression symptoms on day 1, 2, 3 and 7 after treatment.

The day after taking the drug, more than two thirds of patients saw their symptoms improve, compared to less than a third of people in the placebo group, Murrough said. The improvement persisted for about a week.

It's not clear exactly how ketamine may ease depression symptoms, but some studies suggest it works by spurring the growth of connections between brain cells.

The findings haven't been submitted to a peer-reviewed journal, but if they are verified, they suggest ketamine could be helpful for those who suffer from major depression that isn't helped by other medicines.