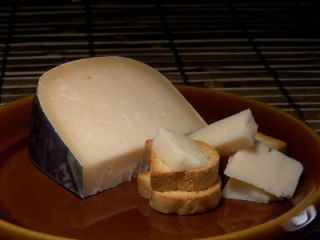 Scientists have identified key substances that give Gouda its complex taste.
(Image: © www.public-domain-photos.com)

Nearly 800 years after farmers in Holland first created Gouda, scientists have finally pinpointed the molecules that help give the cheese its creamy texture and long-lasting flavor.

Named for the village in which it was first made, Gouda is a yellow cheese typically made from cow's milk. When the cheese has been aged, it is described as having a mouthfulness, or heartiness, that is known as the "kokumi sensation."

For the past few decades, researchers have been trying to tease apart the key taste compounds that account for the complex blend of tastes in Gouda, including the kokumi sensation. Previous studies pinned down the molecules that imparted the bitter, sour, salty and umami (or savoriness) tastes in the cheese, but those responsible for the kokumi taste remained unknown.

Researchers in Germany set out to identify the kokumi molecules by having a taste panel compare 4-week old Gouda to 44-week matured Gouda and then separating out the various molecular components of the two cheeses.

The taste panel confirmed that the older Gouda had a much more intense kokumi sensation than the younger sample of cheese. A synthetic version of the 44-week matured Gouda also lacked the kokumi sensation, so clearly something was missing.

Using mass spectrometry and other instruments, the researchers identified six peptides (or protein subunits) that appear to be responsible for the kokumi taste of the older Gouda.

These peptides were seen in much greater quantities in the aged cheese, and when added to the synthetic version of the 44-week cheese, they imparted the kokumi sensation according to taste panelists.

The researchers also found that the full kokumi sensation wasn't present unless the cheese also had the right pH (or acidity) and saltiness, showing that various taste compounds interact in the cheese.

Because the 4-week old cheese doesn't have the same mouthfulness to it, the researchers also concluded that the peptides responsible for the sensation develop during the ripening of the cheese.

Study team member Thomas Hofmann of the Technische Universität München said that it took so long for researchers to identify the compounds because "the kokumi-peptides do not have any intrinsic taste. That means an aqueous solution of these pure peptides is tasteless."

The identification of the peptides could lead to the ability to technologically enhance the flavor of dairy products, Hofmann told LiveScience in an email.

The results of the study are detailed in the Feb. 25 issue of the Journal of Agricultural and Food Chemistry.