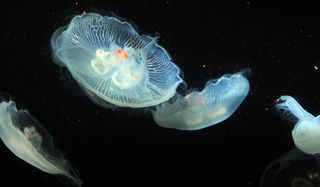 So says Jennifer Ping, an emergency medicine physician at Straub Clinic and Hospital in Honolulu, who conducted a study last fall on the efficacy of various jellyfish sting treatments.

"I think [the myth] gets perpetuated because it's something that is funny, yet believable," Ping told The Washington Post.

Jellyfish stings are caused by contact with the creature's tentacle, which triggers millions of stinging cells called nematocytes to pierce the skin and inject venom. Ping said the best way to deactivate the nematocytes is to get out of the water, remove the tentacles with something other than your bare fingers, and splash vinegar or some other acidic compound on the wound. Once the stinging cells are disabled, you should scrape them off with a credit card or some other flat object.

But the pH of urine is closer to that of water than vinegar, and it can cause the nematocytes to swell and release more venom, worsening the sting, Ping said. Only after the nematocytes have been deactivated and removed might urine soothe the wound, because of the liquid's warmth alone — but warm water will serve just as well. [15 Weird Things Humans Do Every Day, and Why]

So next time you get stung by a jellyfish, at least you'll know that things could be worse. You could be peed on by your friend for no reason.