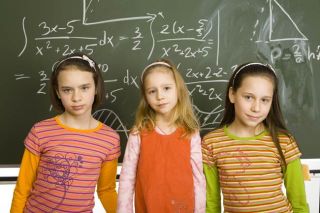 More than half of children born extremely prematurely have way lower IQs and need extra help in mainstream primary schools, especially when it comes to math, a new British study finds.

This research comes on the heels of media attention given to a California woman who gave birth in late January to octuplets, who were nine weeks premature. Babies are considered premature if they are born 2 or 3 or more weeks early, and extremely premature if they are born prior to 27 weeks of gestation, or about 12 or 13 weeks early. (The typical pregnancy lasts 39 or 40 weeks.)

The research team analyzed the intelligence (cognitive ability) and academic prowess of 219 11-year-old schoolchildren who had been born before 26 weeks (of pregnancy) in 1995 in the UK. Their performance was compared with that of 153 classmates who had all been born after a normal length pregnancy. The assessments were based on standard tests of IQ and academic achievement as well as teachers' reports of school performance and any special educational needs.

The results showed that children who had been born extremely prematurely scored significantly lower on IQ and the core subjects of reading and math. (A separate study this week suggested that U.S. children born to older fathers will suffer reduced cognitive abilities.)

Boys scored significantly fewer points than the girls, except for on math. The results are detailed in an early online Fetal and Neonatal Edition of the journal Archives of Disease in Childhood.

Only 29 of the prematurely born children were at special schools. The rest attended mainstream schools, where more than half (57 percent) had special educational needs, most of which required additional learning support. In all, two-thirds of the prematurely born children had academic and behavioral special educational needs compared with 11 percent of their full-term-birth classmates and 24 percent of schoolchildren across England. They were also more likely than their classmates to require multiple support services.

Teachers rated the academic performance of half of their charges who had been born extremely prematurely as below the average range expected for their age, compared with just 5 percent of children born after a normal length pregnancy.

"The impact of these impairments is likely to increase over time," conclude the authors, including Neil Marlow of the Institute for Women's Health at University College London, UK. "Existing difficulties may be exacerbated in secondary school when cognitive demands increase in parallel with progressively complex academic studies."