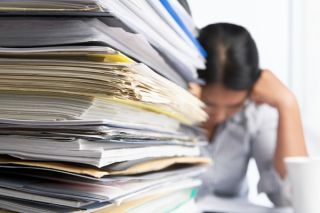 The saying "time flies when you're having fun" sometimes rings very true. A day at the beach seems to pass far too quickly, for instance, and at a lively dinner party, 11 p.m. can roll around earlier than you expect it to.

Other times, though namely, times when you're not having very much fun at all time can still seem to fly. There's no cliché to account for the fact that busy mornings at work often pass in a flash (though afternoons may crawl at a snail's pace ).

As it turns out, the cliché that ties flying time to fun doesn't get it quite right. According to Simon Grondin, a psychologist who conducts research on time perception at Université Laval in Quebec, Canada, a more precise phrasing might be: "Time flies when you do not pay attention to it."

"The key component about the passage of time is probably attention," Grondin told Life's Little Mysteries. As detailed in his recent review article on time perception in the journal Attention, Perception & Psychophysics, studies have shown again and again that when you pay attention to the duration of an event, you perceive it as being longer. That infamous watched pot never boils.

However, when you forget the pot, or ignore the tick of the clock, time runs faster. Fun distractions do indeed make time fly, but focusing on a task will do the trick, too. At work, you might concentrate harder in the morning than in the afternoon; if so, time will seem to flow faster earlier in the day.