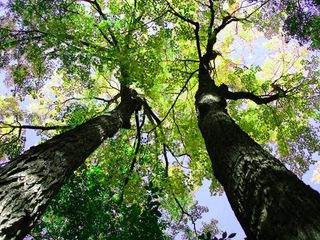 Herbivores eat only plants, but can be very picky.
(Image: © stock.xchng)

Herbivorous animals are vegetarians. They only eat plants.

Herbivores can be very picky eaters. Scientists group these creatures by the parts of plants the herbivore eats.

When the weather changes, however, herbivores often have to alter their diets to feed on whatever plant food is in season.

The teeth of herbivores have adapted to chew the tough fibers of plants. Their big molars grind up seeds and twigs. Special stomach chambers in some herbivores, such as cows and moose, are called rumen. The rumen contains microorganisms that break down the cellulose in grass so that the animal can collect as much energy as possible from the food.