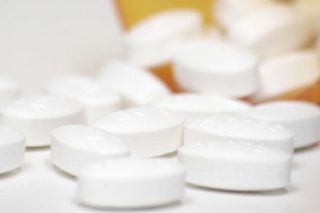 The so-called date rape drug recently garnered the spotlight when it was linked to a toy made in China.

Called Bindeez Beads, the now-recalled craft kit adds to the already lengthy list of products from China recalled due to toxic components including lead-laden toy trucks.

A handful of children in Australia were hospitalized after possible ingestion of the toxic beads, which apparently were coated with the wrong chemical. The toys are produced by Australia-based Moose Enterprises and manufactured in China's Guangdong province.

The marble-like beads reportedly contained 1,4 butanediol, instead of the non-toxic compound 1,5-pentanediol. When ingested, 1,4 butanediol metabolizes in the body to form gamma hydroxybutyrate (GHB), a compound referred to as the "date rape drug."

"It appears that a toxic chemical has been used in these beads in place of one that is safe. When swallowed this chemical is changed to GHB in the body," according to statements by the New South Wales Department of Health.

Like alcohol and Ambien, for instance, GHB is a central nervous system depressant, which means it slows down brain activity. It was first synthesized in 1960 as an alternative anesthetic for surgery due to its ability to induce a temporary coma, though proved ineffective. In the 1980s, GHB was sold as a muscle enhancer for bodybuilders and as an over-the-counter sedative.

GHB has been grouped with other drugs in the "date rape drug" category such as Rohypnol (aka "roofies"), because due to its odorless, colorless, taste-free properties, it can be slipped easily into a drink of an unsuspecting victim. Plus, the drug can cause a certain kind of amnesia in which the victim doesn't remember events that occur while under the influence.

Effects of the drug vary and can include a sense or euphoria as well as dizziness, vomiting, seizures, amnesia, loss of consciousness and in extreme cases death.