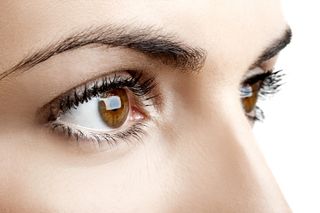 The retinas of the eye may be especially sensitive to radiation from LED lights.
(Image: © Eye photo via Shutterstock)

Energy-saving LED technology has been in the limelight as the best way to reduce the electricity demands of residential and commercial lighting.

But how safe are LED lights? A vision researcher from Complutense University in Madrid reports that exposure to LED lights can cause irreparable damage to the retinas of the human eye, UPI reports.

The light from LEDs, or light-emitting diodes, comes primarily from the short-wave, high-energy blue and violet end of the visible light spectrum, said Dr. Celia Sánchez-Ramos.

And prolonged, continuous exposure to this light — from computer monitors, mobile phones and television screens or indoor and outdoor lights — may be enough to damage retinas, she said.

"This problem is going to get worse, because humans are living longer and children are using electronic devices from a young age, particularly for schoolwork," Sánchez-Ramos told ThinkSpain.com.

"Eyes are not designed to look directly at light — they are designed to see with light," Sánchez-Ramos said.

Her comments are based in part on a 2012 study she co-authored, published in the journal Photochemistry and Photobiology. That study found that LED radiation caused significant damage to human retinal pigment epithelial cells in vitro.

This isn't the first time energy-saving lights have come under scrutiny for safety reasons. Compact fluorescent light bulbs, or CFLs, have been criticized for the mercury they contain and for the high levels of ultraviolet (UV) radiation they can emit.

Sánchez-Ramos notes that modern-day humans have their eyes open for roughly 6,000 hours a year, and are exposed to artificial light for the majority of that time.

She suggests wearing good-quality sunglasses with UV filters, and eating a diet rich in vitamin A to protect the eyes from retinal damage.