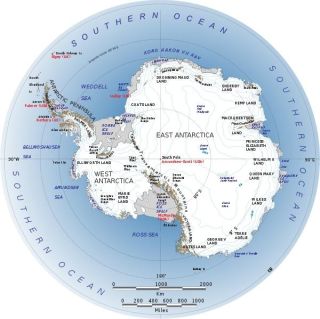 Briton Ranulph Fiennes, a 68-year-old veteran of many extreme missions to some of Earth's harshest environments, said the journey will begin in March 2013, just as winter descends on Antarctica.

Fiennes and another companion, yet to be identified, will ski from the Pacific coast of the icy Antarctic continent to its isolated interior, followed by two bulldozers dragging large sledges laden with equipment.

Fiennes hatched his ambitious plan to visit the coldest place on Earth after hearing rumors that a Norwegian team was going to make the attempt, the BBC reported.

The rivalry is an age-old one.

This year marked the centenary of British explorer Robert Falcon Scott's ill-fated journey to the South Pole, an expedition that stretched into the Antarctic winter and killed all five men on his team who attempted it.

Scott was beaten to the South Pole by Norwegian explorer Roald Amundsen, who reached the coveted yet desolate spot a full four weeks ahead of the British team.