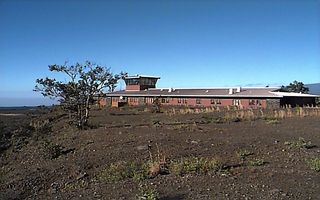 Born in the wake of one of the most volcanically destructive decades of the 20th century, the oldest of the U.S. volcano observatories, perched on the rim of K?lauea volcano in Hawaii, has just celebrated 100 years of research to help protect humanity from natural disasters.

The decade that began the 20th century saw nearly 200,000 people killed by earthquakes and volcanoes. In 1902, an outburst at La Soufrière volcano on the Caribbean island of St. Vincent killed nearly 1,700 people. Just hours later and only 100 miles (160 kilometers) away, a violent eruption of Mount Pelée on Martinique killed 30,000 residents after political officials assured the population there was no cause for alarm despite months of preliminary signs of an eruption.

Within a week of these disasters, the U.S. National Geographic Society sent an expedition to both volcanoes to look over the eruptions and the destruction. One of the expedition members was geologist Thomas A. Jaggar Jr., then at Harvard, who visited more disasters around the world over the next eight years. He concluded that rather than studying disasters after they happen, research centers were needed that focused on identifying warning signs of future catastrophes.

In 1909, Jaggar traveled to Japan to study progress made there toward establishing earthquake observatories. During a stop in Honolulu on his way to Japan, he spoke to businessmen there about establishing an observatory at K?lauea volcano, one of the most active volcanoes on Earth. They enthusiastically pledged financial support.

Jaggar returned to K?lauea on Jan. 17, 1912, and began continuous observations of volcanic and earthquake activity there. These core services would become the heart of the Hawaiian Volcano Observatory, the oldest of the five U.S. volcano observatories, now operated by the U.S. Geological Survey. (The other four are located in Alaska, Washington, California and Yellowstone National Park.)

In the past century, scientists with the Hawaiian Volcano Observatory (HVO) have investigated the relationship between eruptions and earthquakes, documented dozens of each, developed the first formal tsunami-warning forecasts, experimented with diverting lava flows away from populated areas and worked to warn people of impending volcanic activity. The fact that Hawaiian volcanoes continue to be some of the most accessible and active in the world will ensure that volcano monitoring and research continue to thrive in Hawaii for another century, today's researchers say. [Video: Hawaii Volcano Crater Collapse]

"Volcanoes are very difficult to study in detail and it's exhilarating when you see an opportunity and you take it to perform a study or experiment on an active eruption that is definitive," said volcanologist Jim Kauahikaua who works at the HVO. "You need to have done your homework beforehand and be ready to do such experiments when the opportunity arises. It doesn't happen very often but, when it does, it is science-affirming."

The Hawaiian Volcano Observatory currently monitors six Hawaiian volcanoes and more than 125 miles (200 km) of rift zones for earthquake and volcanic activity. Future efforts will include study of the dynamics of lava lakes and surface flows and hazards posed by volcanic gases.

"Studying any of these incredible phenomena can and will lead to moments of important insight and understanding of the processes that produce lava in the form of lakes or flows or gas," Kauahikaua . "Those are the same processes that drive volcanic eruptions."

Kauahikaua and Mike Poland, also of the HVO, described the history of the observatory in the Jan. 17 issue of the journal Eos.