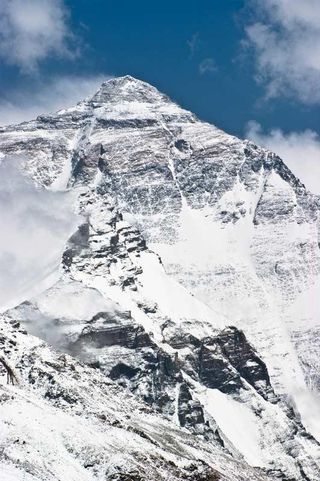 There seems to be some confusion over the exact height of Mount Everest, the world's highest mountain.

Chinese and Nepalese officials have disagreed over the height of the iconic peak. The Nepalese has decided to clear the air, and will re-measure the mountain itself, reported the AFP.

The mountain is on the border between Nepal and Tibet, which is controlled by China, in the Himalayan mountain range . Everest is thought to be 29,029 feet (8,848 meters) tall, according to a 1954 measurement. But more recent measurements suggest otherwise. Chinese officials often state the height as 29,016 feet (8,844 m). (The first measurement includes the mountain's snowcap, while the second is of the rock peak.)

Now that Nepal's government has the technology to measure Everest, they have begun to measure the mountain's height for the first time in their country's history. A spokesperson for the Nepalese government said the measurement mission would take two years and will involve GPS satellites.

Whatever number they come up with, Everest isn't likely to lose its ranking as the world's highest mountain. The world's second-highest mountain is another storied peak, K2 (Chogori) on the border of Pakistan and China, at 28,251 feet (8,611 m).

Everest was first measured in 1856, but no one climbed the giant mountain until Sherpa Tenzing Norgay and Edmund Hillary hit the summit in 1953.

Everest is a popular tourist spot, despite the Nepalese government's requirement that all prospective climbers obtain a permit, which can cost each person upward of $25,000. More than 3,000 people have climbed the mountain.