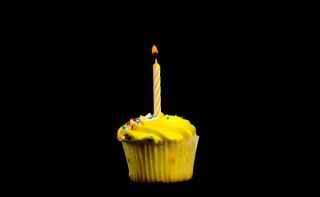 It has come to this: In an effort to combat the growing obesity problem, the school board of Neenah, Wisconsin, has banned children from bringing in sweets to share with others for birthdays and other special occasions.

The real tragedy is that the actual carrying of a tray of cupcakes is about the only exercise many of these kids get.

Like so many crazy school board decisions that pop up in the news, this one is an overreaction to a serious problem. Since 1980, childhood obesity rates have more than doubled and adolescent obesity rates have tripled, outpacing the alarming rise of obesity in adults, according to a study published in the Journal of the American Medical Association in May 2008.

Nationally, more than 17 percent of kids ages 6 through 19 are obese. Even more are overweight but not yet considered obese. In Wisconsin the rates are better but still high, nearly 14 percent, according to the U.S. Department of Health and Human Services.

These children are on a rotten trajectory: About 80 percent of obese kids become obese adults, according to the Centers for Disease Control and Prevention. Overweight kids are likely to develop cardiovascular disease, diabetes, cancer and other health problems in their young adulthood, what should be their post productive times of their lives. And in a U.S. society biased against the obese, they will face job discrimination and depression.

But can this be reversed by banning cupcakes? Likely not.

What's really driving the obesity epidemic is not a dozen extra cupcakes over the course of a school year but rather a poor imagination. Starting perhaps as far back as the 1950s, we failed to imagine the impact that conveniences would have on our bodies. We failed to imagine the consequences of cities without sidewalks, for example, or of prepackaged and fast-foods and video football instead of the real thing.

Now we are immersed in the culture we created and are must make radical new choices about food, for we have lost many opportunities to burn off excess calories. Hence, Neenah's call to blow out candles on the birthday carrot.

Even the Cookie Monster is setting a good example. Yes, his grammar is still atrocious, or at least me think so. And we're still expected to revel in his appalling table manners and ferocious appetite for inorganic objects. But in 2006 he admitted publicly that cookies are "a sometimes food" and that he also likes fruit and eggplants.

Cookie Monster has gone on record several times since then with a similar message about diet, moderation and exercise. What works on Sesame Street can work on Main Street in Neenah.

My high school in Philadelphia could care less whether someone brought in a tray of brownies, as long as they didn't have marijuana baked in them. After all, my school served cheesesteaks every day.

Although it is easy to mock Neenah, the school board is indeed progressive when it comes to health. Unlike many school boards, this one has a wellness program in place. The notion of kids bringing in unhealthy food ran counter to its philosophy, so the ban was a natural extension to the program.

Studies have shown that those kids who buy lunch at school are more likely to be overweight. This is why Neenah hopes to promote a junk-food-free zone at school. Yet by banning treats as opposed to teaching moderation and portion control, Neenah runs the risk of poorly preparing their students to resist temptations in the real world.