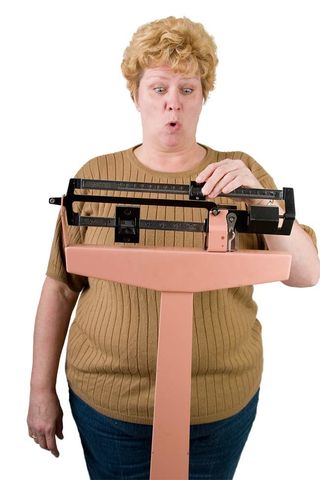 The lower house of parliament in France has just passed a law to prevent thinness.

My, what a cultural contrast to the Unites States, where two-thirds of all adults are considered overweight or obese and our lawmakers are worried about fatness, not thinness.

Problem is, both cultures don't really understand the role of culture in how their citizens look.

It starts with biology. Any culture is made up of a group of people with a shared history and some shared genes. Today we live in a globally dynamic world where people come and go, but not long ago, humans lived in isolated populations where people tended to look alike simply because they mated with similar looking people. Maasai men tend to be tall because they tend to make babies with other Maasai who are also tall. Central African pygmies are short because they make babes with other pygmies.

Selective mating, then, has produced societies where people tend to have similar features and similar body types.

But that's where genetic influences on body size end, because body weight and shape are also highly influenced by experience, which is sometimes called "culture" or "environment."

Body size is, within genetic limits, highly flexible, with a wide range of outcomes.

Grow up in an agricultural culture and you'll probably be thin and hard-muscled because of daily physical exertion. Live in a culture where rice is the major staple, and you'll probably be small because you never get enough to eat. Sit around working on a computer like everyone else in your culture and guess what, no matter how little you eat, the pudge factor kicks in.

We also know how dynamic the effect of culture can be on body shape and size when that culture alters. Children growing up in war zones are under constant stress which stunts their development. After World War II, kids in Japan received rations of milk for the first time and they ended up much taller than their parents because of increased calcium and vitamin D in their diet. The introduction of television and processed food makes a new generation of American kids much fatter.

Body size, then, is a movable feast, and it just keeps on moving.

And so the French concern with making laws that keep skinny girls out of magazines isn't going to do all that much because those models are only a tiny sliver of culture, and not a very powerful influence. No one has been able been able to prove that young women are deeply affected by seeing ultra-thin models; in fact, most girls know that magazine adds are computer-altered for perfection, and that the models on the runway are just plain scary.

Obviously, in America, with our load of extra fat, those models haven't had much effect. It's easy to imagine groups of plump teen-aged American girls sitting around, eating a pizza, maybe wishing they were thin too, but then taking another bite.

And they certainly don't need laws on the books to make them eat.