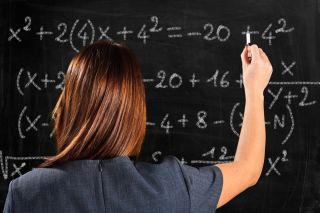 Sure, your 7th grade algebra teacher claimed you'd need math all the time. But something doesn't add up: most Americans never use advanced math on the job, research suggests.

Less than a quarter of workers use math beyond fractions at their jobs, according to a survey of 2,300 workers conducted by Michael Handel, a researcher at Northeastern University in Massachusetts. And highly skilled blue-collar workers — think machinists, mechanics and the like — use advanced math such as algebra more than their white-collar peers.