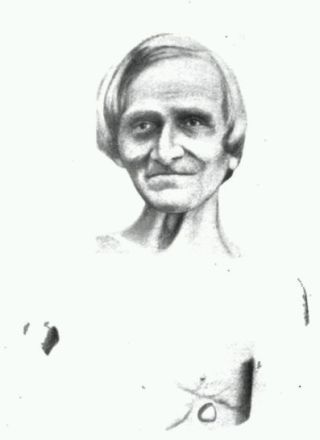 A man whose gunshot wound created a window into his stomach enabled scientists to understand digestion.

People "realized this was a revolutionary approach to doing physiology and medicine. You collect data on the clinical patient and then come to your conclusions," said study co-author Richard Rogers, a neuroscientist at the Pennington Biomedical Research Institute in Baton Rouge, La.

Prior to that, doctors typically decided what was wrong with a patient or how a bodily function worked — often based on 1,600-year old medical ideas of Galen — before ever setting eyes on them, Rogers said. [Image Gallery: The BioDigital Human Body]

The findings were presented Tuesday (April 23) at the Experimental Biology 2013 conference in Boston, Mass.

The wound was gory and St. Martin wasn't expected to live out the night.

"He had lung hanging out of his wound," Rogers told LiveScience.

St. Martin became fed up with surgery and was left with a fistula, a hole in his stomach through the abdominal wall, which left it open to view. (The strong stomach acid essentially disinfected the wound from the inside out, making it safe to not sew it up.)

Because St. Martin couldn't work as a fur trapper anymore, Beaumont hired him as handyman. The daily task of cleaning the fistula gave Beaumont an idea: perhaps he could watch the process of digestion at work.

So for the next several years, Beaumont recorded everything that went into St. Martin's stomach, then painstakingly described what went on inside. He also took samples of gastric secretions and sent them to chemists of the day for analysis — an unheard of task at the time.

His precise observations led him to conclude that the stomach's strong hydrochloric acid, along with a little movement, played key roles in digestion, rather than the stomach grinding food up as some physiologists of the day believed.

"He was the first one to observe digestive processes going on in real time," Rogers said.

He was also the first to notice that St. Martin's digestion slowed when he was feverish, making the first link between digestive processes and disease, Rogers said.

The study also ushered in some of the first controlled animal experiments by physiologists who realized they could make faster headway by performing fistula operations in animals.

For instance, Beaumont's experiments inspired the famous Russian physiologist Ivan Pavlov to conduct fistula operations in dogs. It was this window into digestion that spurred Pavlov to make his famous conclusions that classical conditioning could spur dogs to salivate on cue, Rogers said.

St. Martin, meanwhile, lived to the ripe old age of 83, going back to fur trapping for a while and eventually becoming a farmer.

"This guy was in superb condition," Rogers said.