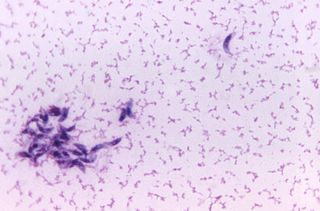 The parasite Toxoplasma gondii is a crazy protozoa that lives in most warm-blooded animals but that prefers to live in cats, where it can sexually reproduce.

To return to its feline haunts, it can manipulate the behavior of mice and other animals it infects. It can, for example, make rats unafraid — even sexually attracted — to the smell of cat urine. (You can't make this stuff up.)

But how does it accomplish this nefarious mind control? Nobody knows exactly, but  Eisen's student Wendy Ingram is determined to find out. She just completed a new study, not yet published in a peer-reviewed journal, which found that even an attenuated, or weakened, form of the parasite caused mice to permanently not fear mice, presumably becoming aroused forevermore by even the slightest whiff of cat piss. "This would seem to refute – or at least make less likely – models in which the behavior effects is the result of direct physical action of parasites on specific parts of the brain," Eisen writes of the finding.

All of this got me musing: Is it possible that Toxoplasma (which infects about one-third of people, by some estimates) is the reason that people loves cats so much? Are all cat-lovers parasite-addled sickos? Could it make us WANT TO BE EATEN by cats?

Just some food for thought.