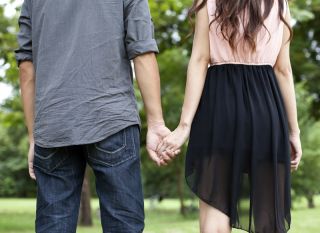 Despite periodic media scares, young teens are remarkably unlikely to be sexually active, new research finds. And even older teens are delaying sex more frequently than in the past.

The study, published online today (April 1) in the journal Pediatrics, found that a mere 2.4 percent of 12-year-olds had ever had sex. At 16, a third of teens reported sexual activity, a number that climbed to 71 percent by age 18 and 19.

Low rates of sexual activity among young adolescents have been the norm for decades, study researchers said. Recently, however, older teens seem more inclined to take it slow, too.

"Policymakers and the media often sensationalize teen sexual behavior, suggesting that adolescents as young as 10 or 11 are increasingly sexually active," study researcher Lawrence Finer of the nonprofit Guttmacher Institute said in a statement. "But the data just don't support that concern. Rather, we are seeing teens waiting longer to have sex, using contraceptives more frequently when they start having sex, and being less likely to become pregnant than their peers of past decades." [Teen Pregnancy Rates by State]

The findings match earlier studies that put the current teen pregnancy rate at a 40-year low. A report released in 2012 found that teen pregnancies peaked in 1990 and declined 42 percent over the next 18 years. As of 2008, the most recent year data were available, 68 per every 1,000 teens experienced a pregnancy.

Finer and his co-author Jesse Philbin, also of Guttmacher, used nationally representative data from the National Survey of Family Growth to track teens' sexual histories over time. The data come from the years 2006 to 2010.

They found that in any give age group, the likelihood of a teen being sexually active is lower than any time in the past 25 years. What's more, more than 80 percent of 16-year-olds having sex for the first time used contraceptives, the researchers found. A year later, 95 percent of those teens had taken up contraceptive use. Those rates were similar to the numbers seen in teens initiating sex after age 16.

Birth Control has become a hot political topic. Test yourself on your understanding of the pills and devices that prevent pregnancy and STDs.

Younger teens had a more troubling pattern, with adolescents who began having sex before age 14 using contraceptives less frequently and taking longer to adopt them into their sexual repertoire.

Similarly, 1.1 percent of 11-year-olds reported having sex, and 50 percent of the females in that group said their first time was coerced.