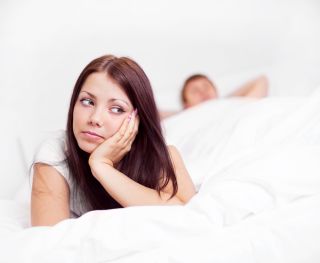 U.S. women are more likely than men to say they often feel worried, nervous or anxious, according to a recent survey from the Centers for Disease Control and Prevention.

In the survey, which took place in 2010 and 2011, about 22 percent of women said they feltworried, nervous, or anxious daily or weekly, compared to 16 percent of men.

In general, these feelings were more common in young and middle-age adults than older people. Previous studies have found older adults are generally happier and less stressed than younger people.

In the new study, participants were asked "How often do you feel worried, nervous, or anxious? Would you say daily, weekly, monthly, a few times a year, or never?"

Among those over age 75, 11 percent of men and 16 percent of women reported such feelings.

The study will be published in this week's issue of the CDC's Morbidity and Mortality Weekly Report.

Pass it on: Women are more likely to say they often feel worried, nervous or anxious.