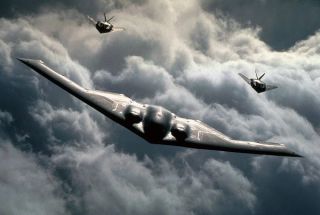 Scientists have taken another step toward the goal of rendering objects invisible using high-tech cloaks that redirect light.

Researchers for the first time demonstrated that a new material can bend visible light the wrong way in three dimensional tests. It builds on research that cloaks objects in the microwave wavelength.

The research, announced today, will be detailed later this week in the journals Nature and Science.

The metamaterial, as it is called, produces what's known as negative refraction of visible light. That means light is made to travel in the opposite direction from how it normally should bend when passing through a material. A common example is how a pencil will appear to bend upward when half-submerged in a glass of water. In the new work, researchers make the light appear to bend the other way.

Metamaterials are artificially engineered structures that have "extraordinary optical properties that do not exist in nature," the researchers write in Science. "They can alter the propagation of electromagnetic waves, resulting in negative refraction, subwavelength imaging and cloaking."

Visible light is just one type of electromagnetic radiation, a spectrum that includes everything from radio waves to X-rays and more.

Until now, the effectiveness of the cloaking has been demonstrated only in thin, two-dimensional materials.

Now at a National Science Foundation lab at the University of California, Berkeley, Jason Valentine, Jie Yao, Xiang Zhang and others have create a multilayered, "fishnet structure" that "unambiguously exhibits negative refractive index," they write.

"This straightforward and elegant demonstration enhances our ability to mould and harness light at will," according to a statement from the journal Nature.

Other research has looked into using plasmons — tiny electronic excitations on the surfaces of some metals — to cancel out the visible light or other radiation coming from an object and effectively cloak it.