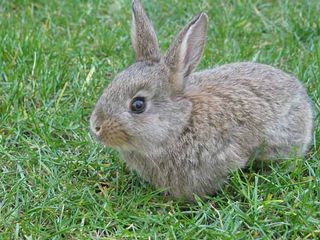 Tularemia, or rabbit fever, can be spread from rabbits, raccoons, skunks or other small mammals.
(Image: © Stock.xchng.)

Two men have been stricken with tularemia, a potentially deadly disease commonly known as rabbit fever. Officials believe both men were infected while rabbit hunting in eastern North Carolina.

Rabbit fever is caused by the bacterium Francisella tularensis, according to the National Institutes of Health. Though the disease is rare, it can be fatal if left untreated. Symptoms of tularemia include fever, joint and muscle stiffness, skin ulcers, diarrhea, sweating and weight loss. People infected with rabbit fever can also develop pneumonia.

"It can make you very, very sick," Marilyn Haskell, epidemiologist with the North Carolina Division of Public Health, told the Wilson Times. The disease can be treated with antibiotics, and both men with the condition appear to be recovering.

There are several ways to contract tularemia, which is usually spread from rabbits, squirrels, raccoons, skunks or beavers: Most commonly, it is transmitted through a bite from an infected tick or mosquito, direct contact with an infected animal or from eating the improperly cooked meat of an animal with the disease.

The Centers for Disease Control and Prevention has found that most rabbit fever infections occur in rural areas; about 126 cases are reported annually in the United States. Missouri, Arkansas, Oklahoma and Kansas are particularly hard hit, as are Massachusetts, South Dakota, California's Bay Area and the Willamette Valley region of Oregon and Washington.

The illness can also infect pets like dogs and cats, as well as other mammals.