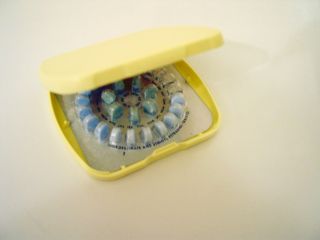 Ah, the Happy Face. That ubiquitous circle with the wide smile that is so irritating when used to dot i's, end sentences, punctuate instant messages or stand in for greetings in email.

And yet, something about that silly grin also makes us a bit cheered up, even as we roll our eyes.

Along those lines, Adam Guastella and colleagues at the Brain & Mind Research Institute, University of Sydney, Australia, have recently discovered that our responses to happy faces can be hormonally induced and result in a highly selective social memory.

Based on the notion that the hormone oxytocin plays an important role in the ability of nonhuman mammals to recognize each other and form attachments, the researchers gave 60 men a shot of oxytocin or a placebo, and then showed the subjects photographs of a bunch of people. Some faces were obviously angry, some happy, and others neutral. The next day, the men who were swimming in oxytocin remembered the happy faces but couldn't recall the angry or neutral ones.

While it's interesting that a shot of oxytocin can put men into la-la-land when it comes to interpersonal relationships, the more interesting point is that women are more often already awash in the stuff.

Oxytocin is the hormone that helps dilate the cervix before birth and is responsible for letting down milk for breastfeeding. In cultures with no birth control, adult women give birth more often and lactate much of the time. Over most of human history, women have also been involved with babies most of their adult lives.

Traditionally, then, women have been constantly under the influence of a hormone that promotes selective social memory, and women seem often to be the keepers of positive social interactions and the initiators of diplomacy and peace-making.

Problem is, those good social skills, that penchant to forget the faces of those who are angry or neutral, has not always helped women. Instead, men, who are never awash in oxytocin and who apparently never forget an angry face, usually see women as emotional Pollyannas, silly creatures always ready to forgive and forget.

But what men haven't realized is that the oxytocin universe has altered for many women. In Western culture today, women barely lactate at all, leaving them just as physiologically ready to hold a grudge, to never forget the face that did them wrong, as any man.

Too bad. Perhaps what we need is more lactation, by men and women, or a daily shot of oxytocin to help us all put on a happy face.