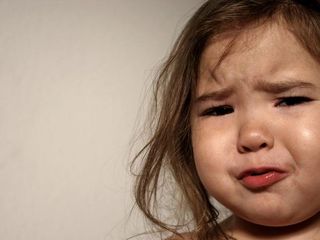 Ghosts, monsters, the bogeyman — these are the nightly torments of small children everywhere.

The majority of youngsters experience some form of nighttime fears: fear of nighttime separation, fear of the dark or scary dreams. While most kids tend to outgrow these fears as they age, some children develop severe nighttime phobias. Kids who suffer these severe jitters at night have a harder time distinguishing fantasy from reality, a new study finds.

The study involved 80 children ages 4 to 6 who experienced severe nighttime fears (50 boys and 30 girls) compared with 32 normal children without such fears (18 boys and 14 girls). Researchers interviewed the children and their parents individually to gauge the kids' level of fear.

In the children's interviews, researchers read the kids a brief picture-book story that set the mood for kids to talk about their fears. The parents were asked about the content of their children's nighttime fears as well as how often and severe those fears were. [What Really Scares People: Top 10 Phobias]

Children were given the "Koala Fear Questionnaire," in which they had to rate their fear of scary pictures on a scale of Koala bears depicting different levels of fear. Parents were given another questionnaire asking them to rate their children's fear levels.

The kids were also shown images of real or mythical beings and situations and asked to decide whether the subjects were imaginary or could occur in real life. For example, for mythical figures like a fairy or Bob the Builder, the researchers might ask questions like: "Do you think this fairy can come to your home?" or "Do you think you could see this fairy in a movie or on TV?" The kids also were asked to distinguish between real and fantasy situations, such as "burglars breaking into the house," or "a monster frightening a child in the dark."

The results of the study, which appeared in the February issue of the journal Child Psychiatry & Human Development, have important clinical implications for overcoming nighttime fears, the researchers say. For instance, therapists could work on the underlying problem of separating fact from fiction.