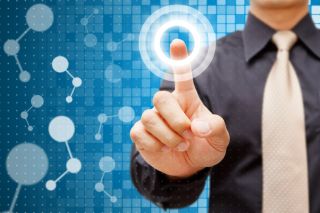 Powerful leaders need employees to keep them in check.

New research conducted by researchers at a number of schools, including Brigham Young University (BYU) and the University of Texas, the study found that powerful people are less likely to see constraints in pursuing their goals, while their low-power counterparts are more aware of the risks around them.

BYU business professor and study co-author Katie Liljenquist said companies need to anticipate the tendencyof their most powerful members to leap without looking.

"The remedy is to surround them with people who can see other angles or can play a devil's advocate role to point out risk," she said. "Interestingly, it is the low-power members of the organization who are best equipped to do this."

Liljenquist said successful organizations are the ones who are able to balance both types of workers.

"You need the people with that unfettered confidence and optimism and the willingness to take big risks, but you need those low-power individuals who say, 'Hey, wait a second. Let's identify the pitfalls,'" she said.

The study's conclusions were based, in part, on several experiments, including one that measured how power affects memory for goal-facilitating or goal-constraining information. Researchers gave participants a goal, such as traveling to the Amazon, and then briefed them with a set of statements about the new venture. Half the statements were goal constraining, such as, "You are afraid of some of the native animals," and half were goal facilitating, like, "You have prior experience visiting jungles."

In a second experiment, participants had to finish a fairy tale about a king and his princess daughter. The results showed that powerful people don't even conceive of threats when they create imaginary narratives.

Texas professor and study lead author Jennifer Whitson offered Donald Trump as a perfect instance of a leader whose confidence guides business decisions. As an example, she points to the first season of the reality television show "The Apprentice," during which Trump offered the show's winner a chance to manage the construction of the Trump Tower in Chicago, even though the building hadn't yet been fully approved by the city.

"It was that incredible confidence," Whitson said. "He didn't have all his ducks in a row yet, but he acted. And it worked out for him."

Liljenquist cautioned, however, that failure to consider constraints can carry weighty repercussions.

"Although blindness to constraints may make the powerful more willing to pursue their goals, their willingness to leap before they look may also sow the seeds of their own fall and the fall of those who depend on them," she said. "Power often perpetuates itself and can lead to great things, but when powerful people are blindsided by unexpected challenges, they may crash and burn."

The study, which is set to be published in an upcoming issue of the Journal of Experimental Social Psychology, also included contributions by researchers from Columbia University, New York University, Stanford University and the University of Colorado-Boulder.