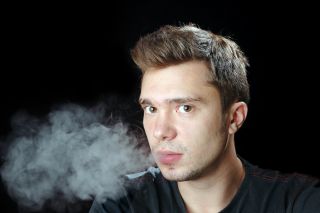 Marijuana permanently lowers IQ by several points in adolescents, according to research published in August. But a new study suggests that factors related to economic class and home life, not marijuana use, may have caused that IQ drop.

Researchers who conducted the new study, published today (Jan. 14) in the journal Proceedings of the National Academy of Sciences, did not have access to the original data from a cohort of New Zealand teenagers. Instead, Ole Rogeberg, a labor economist at the Frisch Center in Norway, used a computer simulation to show that, in theory, the same IQ effects could be explained by socioeconomic factors that cause IQ-decreasing behaviors.

The new results are sure to ignite a firestorm of debate over whether marijuana permanently harms the growing brain.

"The kinds of environments you are in do affect your IQ," Rogeberg said. Good education and challenging jobs can boost intelligence, but "if people are pushed out or decide to move out of these kinds of arenas, they will tend to see an IQ decline, and they will also be the type of people who tend to take up cannabis smoking during adolescence."

The original study can't rule out the possibility that other factors could play a role in the link between IQ and marijuana usage, said Susan Tapert, a neuropsychologist at the University of California, San Diego, who was not involved in the study, in an email.

"This was an excellent study – large, and followed the same individuals over time.  Even still, the possibility of some other unmeasured issue to drive this link remains," Tapert wrote.

The initial study, by researchers Madeline Meier, Terrie Moffitt and Avshalom Caspi of Duke University, relied on an unprecedented amount of data from a cohort of 1,037 people from Dunedin, New Zealand, who have been followed for more than three decades. The exhaustive study tracked people from age 7 onward, subjecting them to IQ tests, collecting blood samples, and interviewing parents and teachers at several points along the way.

The team found that marijuana lowered IQ by as much as eight points for heavy, lifelong users who started in adolescence. Marijuana use had no effect if people picked up the habit as adults, suggesting that marijuana was especially harmful for developing brains. [Adolescent Angst: 10 Facts About the Teen Brain]

But socioeconomic class and family structure can change IQ over time. For instance, poorer children tend to choose less challenging schools or work, even if they start out with the same IQ as higher-income kids. Economic class may also affect the development of traits like motivation and perseverance that could affect later-life IQ.

Rogeberg created a mathematical model to see if the apparent effect of marijuana on IQ could be explained by socioeconomic factors.

He found they could.

That doesn't mean marijuana is harmless, Rogeberg told LiveScience. Instead, the original researchers should do a more thorough analysis to prove that marijuana, and not other aspects of the pot-smoking lifestyle, cause lower IQ, he said.

That should include testing to see whether cannabis use altered individual people's IQ trajectories from age 7 onward. Research should also look at the cumulative impact of various factors, such as home life or education level, that may negatively impact IQ, to see if this cumulative effect could explain the drop seemingly caused by pot smoking.

"It might be the totality of factors could explain a large part of the effect that they found," Rogeberg said.

In response, the authors of the past scientific paper conducted a new analysis and found that IQ overall remained fairly stable in the Dunedin participants, they said in a statement. They also only included kids from middle-class families, eliminating the effects of socioeconomic status, they said.

But Rogeberg says those steps can't rule out other factors as the cause for lower IQ.

"While interesting, the new analysis is not at all sufficient to address these concerns – but I look forward to seeing a fuller analysis in time," Rogeberg said.