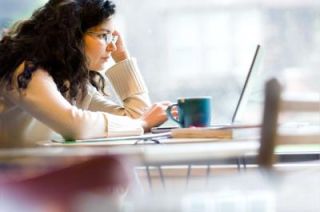 IQ is linked to structural and functional changes in speech- and movement-related regions of the brain.
(Image: © Jason Lindseay (jasonlindsey.com))

Adolescence comes with many ups and downs, emotionally, hormonally and, as new research suggests, even intellectually.

Teenage brains are still plastic, the study indicates, and so are the brain areas associated with different kinds of intelligence, which seem to expand and contract as teens develop certain skills.

"We observed that teenagers' measured IQ (after controlling for age) in both verbal and nonverbal tests changed over a period of three to four years," study researcher Cathy Price, of the University College London, told LiveScience. "We are arguing that some of this change must be related to ability, because it corresponds to changes in brain structure."

Intelligence quotient, or IQ, takes into account a wide range of skills, from memory to verbal competence to visual understanding. It has been used to predict educational outcomes, future achievement and employment prospects, and is generally thought to be stable throughout one's life. Whenever you get an IQ score, your performance is being compared with that of your peers. [10 Facts About the Teen Brain]

The researchers analyzed the brains of 33 healthy teens. They tested their IQ and took scans of their brains over different ages, once in 2004 when the participants were between the ages of 12 and 16 and later, in 2008, when they were between 15 and 20.

The IQ levels at each age were compared; some students stayed on track with the rest of their peers (didn't show a change), some accelerated, moving up a level (about 20 points) from the rest of their peers, while others took a step back and were ranked lower among peers than they had been at the first testing. This could mean that even those who at first scored lower on the IQ tests could improve, while those who scored high may not live up to their expected potential.

About 21 percent of the participants had significant (for example, moving from average to below average) changes, either up or down, to their verbal IQ over this time period. On the nonverbal scale, 18 percent moved up or down one level. Only one student made significant moves in both scales, and for that student one increased and the other decreased. Overall, 35 percent of students showed a shift in one kind of intelligence, either up or down a level. (A level is equivalent to about 20 IQ points.)

Robert Plomin, a researcher at King's College London who wasn't involved in the study, finds it "interesting," but worries about the small sample size. "I hope the results of this study replicate in a larger, more representative sample, but until I see replication I will be skeptical," he told LiveScience in an email.

The fact that, for most students, only one type of intelligence changed might be a result of the U.K. school system, the researchers said. During the adolescent years students specialize in either a language or non-language track, so the less-generalized education could lead to improvement in one area over others.

"A testing industry has developed around the notion that IQ is relatively fixed and that what changes there are in IQ during the life span are pretty well set in the early years of life," Robert Sternberg, a researcher from Oklahoma State University who wasn't involved in this study, told LiveScience in an email. "This study shows in a compelling way that meaningful changes in cognitive abilities can occur throughout the teenage years, and it is a reasonable supposition that such changes can continue into the later years as well."

They also saw these brain regions activated when the students had to perform verbal and visual tests, as well, so the researchers are pretty certain the brain areas are linked to these specific types of intelligences.

"The change in verbal performance was related to the change in brain structure in a region of the brain we know is involved in articulating and producing speech," Price told LiveScience. "In both cases the functional attributions of the regions were very consistent with what we were seeing in the IQ results."

Previous research indicates that this kind of brain beefing up can also happen in adults, when a certain brain area is used more frequently.

The study was published yesterday (Oct. 18) in the journal Nature.