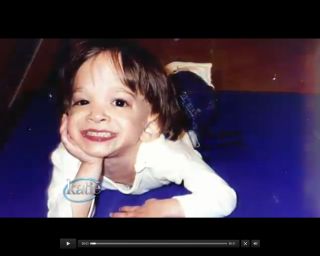 Little Brooke Greenberg has shining eyes that twinkle when her mother takes her clothes' shopping, pushing her stroller through the infant wear department of their local stores, where Brooke gets her clothes.

But Brooke is 20 years old this year, and she hasn't grown an inch since she was 4 or 5 years old. Her story is a medical mystery that has baffled some of the finest doctors in the world, according to the Daily Mail.

"Many of the best-known names in medicine, in their experience ... had not seen anyone who matched up to Brooke," pediatrician Lawrence Pakula of Johns Hopkins School of Medicine in Baltimore told ABC News. "She is always a surprise."

Because no doctor has ever been able to provide a formal diagnosis for Brooke's condition, her condition has been labeled "Syndrome X." Weighing just 16  (7 kilograms), she is estimated to have the mental capacity of a toddler.

Brooke has "no apparent abnormalities in her endocrine system, no gross chromosomal abnormalities, or any of the other disruptions known to occur in humans that can cause developmental issues," said Dr. Eric Schadt, director of the Icahn Institute for Genomics and Multiscale Biology at Mount Sinai Medical Center in New York, reports the Daily Mail.

Her Baltimore-area family treats Brooke like any other child, insisting she does not need to be cured: "If somebody knocked on the door right now and said, 'It’s a guaranteed pill. Give this to Brooke and she'll be fixed,' well, first I would say to him, 'She's not broken,'" her father Howard told Katie Couric on her daily live talk show. [Quiz: Mysteries of the Human Body]

Nonetheless, the baffling nature of Brooke's condition has led some researchers to believe her unique genetic code could provide insights into the aging process, according to the Daily Mail. Schadt and other geneticists are now sequencing Brooke's genome in the hopes that it may someday lead to new treatments for age-related disorders like Parkinson's disease.