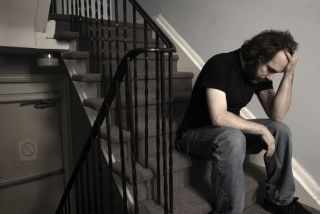 In a surprising discovery, researchers have determined that there might be some benefits to being neurotic, giving the Woody Allens of the world a chance to relax (for perhaps the first time ever).

In a study conducted at the University of Rochester Medical Center in New York, researchers tapped into the National Survey of Midlife Development in the U.S. (MIDUS) database, a survey of over 1,000 Americans from across the country. The database contains information on disease-related biomarkers (like cholesterol levels and body-mass index [BMI] scores) as well as personality traits, including neuroticism.

However, the neurotics in the MIDUS database who also had conscientious personality traits — organized, hard-working, responsible and self-controlled — showed some interesting health advantages. Their levels of Interleukin 6 (IL-6), a biomarker for chronic disease and inflammation, were significantly lower than the IL-6 levels found in other personality types.

The conscientious neurotics also had lower average BMI scores and were diagnosed with fewer overall chronic health conditions than other personality types. "… [W]hat we found was that when people are high both in neuroticism and conscientiousness, the conscientiousness buffers the negative effects of neuroticism," Turiano said, according to Today.com.

More research is needed into the link between personality traits and health before it can be said that "healthy neuroticism" confers any real physicial benefits, according to Today.com. Meanwhile, said Turiano, people with neurotic traits can manage their health risks by decreasing their anxiety levels and learning to manage their emotions.