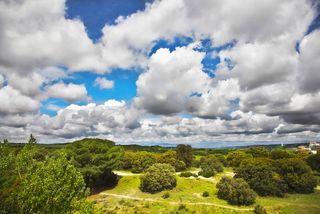 Though flying car prototypes exist, the promise of such vehicular aviators for the everyday commuter has not been realized.
(Image: © kavram | Shutterstock)

NEW YORK — In the early decades of the 20th century, the magazine Popular Mechanics made a few predictions of future innovations. Some resembled modern conveniences, such as the video chat feature of Skype or Internet shopping, but many of the magazine's prognostications never materialized.

"Rational rectangular cities" with traffic traveling on multiple levels would have been nice, Gregory Benford, a professor of physics at the University of California, Irvine, and a sci-fi author told an audience at the New York Academy of Sciences on Wednesday (Nov. 28) night during a discussion of the broken promises of science and innovation.

Basic engineering principles made airports situated on giant balloons airports unrealistic, while predictions of tunnels across continents fell victim to the heat deep in the Earth. "Yes you can build it, but the passengers die from heat exposure," Benford said.

The magazine also predicted a form of biotechnology that has yet to occur: a house that blooms like a flower.

"We grow these trees, chop them up and put them back together," Benford said, describing the familiar wooden house. "Why don't we just design the seed so it grows the house?

"The point I really want you to remember is science doesn't promise you a future, science is about finding out how the world works," he told the audience. "When you start predicting the future, you are talking about imagination."

Of course science, and the technology it has made possible, have continued to deliver advancements. But progress often doesn't accomplish the things we expect, or even need. This concerns more than simply the disappointing lack of flying cars (though they do exist they still remain far from practical) and dinners in pill form. Moderator George Musser, a contributing editor at Scientific American, told of an African friend now living in a refugee camp in Burkina Faso who had scarce food and shelter for the 29 members of his family, but could get Internet access. [Infographic: The History of Flying Cars]

Likewise, the war on cancer, which Richard Nixon declared 40 years ago, has so far failed to deliver a cure. And a theory of unified physics has yet to emerge, in spite of a prediction from 2001 that it would have been formulated within the following 10 to 15 years, Musser said.

However, sometimes progress occurs in unexpected ways. For instance, the war on cancer may not have cured the disease, but "it has made some progress, as well," said panelist Stuart Firestein, a professor at Columbia University who studies the vertebrate olfactory system. "We have learned a tremendous amount about cell biology, growth and differentiation."

Of course, not all unintended consequences are good. As a graduate student, plant physiologist Arthur Galston sought to speed up the soybean reproductive cycle with a synthetic chemical, but found that a heavy application made the plants shed their leaves, recounted panelist Christiana Peppard, an ethicist at Fordham University.

Galston's work laid the foundation for the creation of Agent Orange, a chemical weapon used by the U.S. military during the Vietnam War. Exposure to Agent Orange has been linked to certain cancers and other health problems, including birth defects.

Active imagination, scientists' own pride and funding structures that favor research oriented toward a specific purpose all contribute to the creation of false promises. But the public shares in the responsibility because it demands concrete answers where they may not exist, according to Peppard.

"There is a culture of desire for certainty," Peppard said. "We want to know, we just want to know something."

However, this human desire conflicts with the nature of science.

"Part and parcel to science is uncertainty and doubt. Science revises, that is what we do," Firestein said. "How do you [make] predictions when you know everything is open to revision? How do you base policy decisions on something like this?"

Editor's Note: This article has been updated to note that while flying cars do exist, the technology remains a novelty and is not expected to replace road-bound vehicles any time soon.