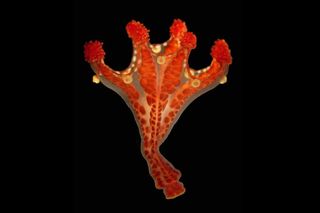 Up to a million species live in the seas, and two-thirds of those ocean-dwellers may still be undiscovered, according to a new study that also cataloged all of the known species that dwell beneath the waves.

The findings, published today (Nov. 15) in the journal Current Biology, suggest that the oceans remain a vast, uncharted territory. The new registry could help guide marine conservation efforts by giving scientists a universal way to describe the underwater creatures.

Appeltans began assembling a European list of sea life in 1999. In 2007, his team decided to expand the effort to encompass all of the world's marine species. [Images: Catalog of Strange Sea Creatures]

It was a massive undertaking. Appeltans and colleagues contacted more than 250 world experts on marine life to catalog all known species.

"When there's a child that's born you need to go to city hall and register the name of the baby, but when you create a new species the only thing you need to do is publish a paper in an official journal," Appeltans told OurAmazingPlanet.

As a result, many species names were duplicated.

So far, the team has cataloged 226,000 species, excluding marine bacteria. Another 65,000 are waiting to be described in museums and collections. By using a computer simulation, Appeltans and his team concluded that between 700,000 and 1 million species live in the sea.

Anywhere from one-third to two-thirds of sea life has not been discovered yet, by their estimate. Most of those hidden sea creatures are probably crustaceans, mollusks, worms and sea sponges, they said.

But beyond human curiosity, an orderly system for categorizing marine life may also help scientists conserve endangered species or keep track of medicinal chemicals derived from ocean dwellers, he said.