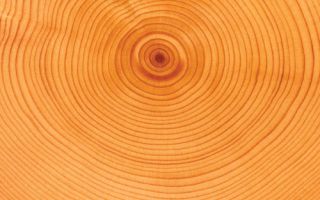 Possibly the last person on the planet who knew the taste of the air in 1880 has died.

Antisa Khvichava, who claimed to be 132 years old, was enjoying her 47th year of retirement in Sachino, a remote village in the former Soviet republic of Georgia, when she passed away, according to a British newspaper, the Independent. If she was as old as she said, Khvichava would've been the oldest person to ever live.

Though a birth certificate and passport indicate Khvichava was born July 8, 1880, they are replacements of documents she had lost over the years, raising skepticism over her claim.

But science can't rule out her feat absolutely. If there's a maximum possible human age, it hasn't been found yet.

In 1798, the then-oldest verified person died at 103, according to the Gerontology Research Group. In 1997, France's Jeanne Calment, the current verified oldest, died at 122. [Infographic: Global Life Expectancy]

If Kvichava did, indeed, walk the Earth for well over a century, what did she do right?

Based on current science, the answer might be that, other than avoiding obvious physical threats, she didn't do much to earn her longevity.

Researchers at the Albert Einstein College of Medicine of Yeshiva University showed last year that, among a studied population of people older than 95, bad health habits such as smoking, drinking, poor diet and lack of exercise were about as common as in the general population, meaning their longevity seemed to be largely based on genes.

But this does not mean the general population should abandon healthy living and adopt a doctrine of genetic fatalism. Rather, that study and others suggest longevity outliers like Kvichava, a reported daily brandy drinker, have rare genetic protections that transcend unhealthy habits, propelling them into very old age in spite of lifestyle.

For people who aren't prepared to take a gamble that they're genetically predisposed to break 100 (the 2010 Census counted 53,364 centenarians in the United States), the famously abstemious and healthy-living Seventh-Day Adventists seem to hint at a practical regimen for increasing lifespan.

Studies by Dr. Gary Fraser, of Loma Linda University's school of medicine, and colleagues have linked the Seventh-Day Adventists' unusually long lives to exercise, a high incidence of vegetarianism, abstinence from smoking, and frequent consumption of nuts.

Superstitious seekers of longevity also have the option of moving to a place called Georgia. When Kvichava died, she passed the torch for the oldest living person to 116-year-old Besse Cooper in the United States' Georgia.