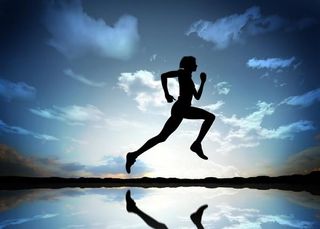 Climate change is blamed for melting ice, shrinking animals and brewing more intense storms around the globe — but is it slowing the top finish times at the Boston Marathon? Not yet, researchers found, though future increases in temperature could mean fewer records are broken.

Runners typically dread hot race days. Warmer temperatures tend to drag on finish times, studies have shown, and the slower you run, the more minutes you're likely to pile on during a boiling hot day.

This year saw one of the hottest marathons in Boston, with temperatures on April 16, 2012, soaring into the 80s — about 20 degrees Fahrenheit (11 degrees Celsius) higher than the normal high. Though that race day was unseasonably warm, temperatures in Boston have been rising at a relatively high rate over the past century.

The average annual temperature in Boston rose by about 0.027 degrees F (0.015 degrees C) per year between 1893 and 2005 (more than twice the global average). And the April average has crept up 0.031 degrees F (0.017 degrees C) per year over the same time period. In a study detailed online Sept. 26 in the journal PLoS ONE, researchers from Boston University (BU) examined whether these consistently climbing temperatures had any effect on the big race. [5 Amazing Marathon Feats]

Led by BU biologist Abraham J. Miller-Rushing, the scientists analyzed weather data alongside men's winning times in the Boston Marathon from 1933 to 2004 and women's winning times from 1972 (when women first officially participated) to 2004. They found that a 1.8 degree F (1 degree C) increase in temperature slowed the winning time, on average, by 20 seconds for men and 21 seconds for women. Strong headwinds had a similar effect. But overall, the researchers found that warming trends did not seem to affect the winning times of the marathon between 1933 and 2004, likely because there is still large variation in marathon-day temperature over that period.

"The authors are not saying that a warm temperature on race day on any given year won't affect race performance," said Scott Montain, a physiologist with the U.S. Army Research Institute of Environmental Medicine who was not involved in the study. But the BU data suggests it will take "considerable time" before year-over-year warming will result in predictable and consistent slowing of race times, Montain explained to LiveScience in an email.

The BU researchers said if the race-day temperatures warmed by an average of 0.050 degrees F (0.028 degrees C) per year, they would expect a 64-percent chance that winning times would consistently slow by 2100. But even if Boston saw predictably rising temperatures on the third Monday of every April going forward, marathon runners will likely avoid any long-term climate-caused drag because race organizers have moved up the start time, researchers said. Through 2005, the race kicked off at noon, but since then, it has started in waves beginning at 9:00 a.m.

"By changing starting times for the race to earlier in the day when temperatures are cooler ... race organizers have effectively counteracted any effects that long-term warming would have had on winning times," the authors wrote. "If this change had not been made, we would have expected that warming would likely lead to fewer record-breaking times in the Boston Marathon."