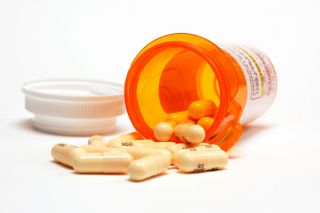 Doctors in the South write more prescriptions for antibiotics for older adults than anywhere else in the country, which suggests they are the most prone to prescribe antibiotics for conditions that cannot be treated by the drugs, a new study says.

Using data on Medicare prescriptions, researchers found that 21.4 percent of Medicare patients living in the South, and 19.2 percent of those in the Midwest used an antibiotic at some point over a three-year period. By contrast, the lowest antibiotic use was in the West, where the same was true of 17.4 percent of patients.

The variation remained even when the researchers took into account the patients' characteristics, such as their ages, and the regional rates of the disease for which antibiotics are commonly prescribed.

This suggests that "it is possible that some of the antibiotic use is unnecessary," said study researcher Yuting Zhang, an assistant professor at the University of Pittsburgh.

The researchers, whose study was published Sept. 24 in the journal Archives of Internal Medicine, acknowledged that it is not clear what level of antibiotic prescriptions is be ideal. The lower use of antibiotics in the West "does not necessarily represent the clinically appropriate use," given that overuse of antibiotics is common, they said.

"Patients should be aware that overuse of antibiotic is common, and the consequence is serious," Zhang said.

She added that people with common colds or other conditions commonly caused by viruses should not ask for antibiotics, which treat only bacteria. And the researchers wrote that "physicians should be extra careful to ensure that they are not prescribing unnecessary antibiotics to older patients."

The overuse of antibiotics is a problem because it increases the chance of bacteria developing resistance to the drugs. Meanwhile, it leads to overspending on prescriptions.

Zhang and her colleagues used data on a random sample of prescriptions filled from the beginning of 2007 until the end of 2009 through Medicare's prescription drug benefit program.

In their analysis, the researchers looked at how antibiotic prescription rates varied over the four quarters of the year. Results showed that in every quarter, antibiotic use was highest in the South. Use was also consistently higher in the Midwest than in the West.

The researchers considered whether the regions with more antibiotic use, which included the Midwest as well as the South, had higher rates of diseases for which antibiotics are commonly prescribed.

"Pneumonia requires antibiotics — if the proportion of patients with pneumonia in the South is the highest, then perhaps the highest rate of antibiotic use is reasonable. But we didn’t find that," Zhang explained.

In fact, the data showed that the Northeast had the highest rate of bacterial pneumonia infections but the lowest use of antibiotics. "In contrast, the South had the highest prevalence of nonspecific acute respiratory tract infections, for which antibiotics should not necessarily be used," the researchers wrote. Such infections are usually caused by viruses; antibiotics treat only bacteria.

The researchers noted that their results are consistent with those of a 2009 study of younger adults, which also found higher rates of antibiotic use in the South.

What should be done

Exactly why the South had the highest rate of antibiotic prescriptions remains unclear, but it could be due in part to patients there asking for these prescriptions, or to health plan practices or regional education programs, Zhang said.

Unnecessary use in older patients is especially a concern, the researchers said, because older people tend to more susceptible to adverse drug reactions — for example, antibiotics called quinolones can cause cognitive disturbances — and because older people may have other health conditions that make them vulnerable to the risks of antibiotic overuse, such as drug-resistant infections, Zhang said.