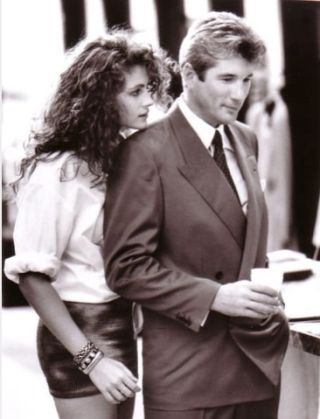 People who think romance on the big screen is for real, a la the 1990 film "Pretty Woman," may be less likely to be committed to their real-world relationships, research reported in September 2012 suggests.
(Image: © Touchstone Pictures)

Are you a sucker for romantic shows and movies like "Pretty Woman?" Turns out, the more people believe in these unrealistic portrayals of romance on TV, the less likely they are to be committed to their real-life relationships, a new study finds. However, those who fell for TV love stories reported being no less satisfied in love than their more skeptical peers.

Romantic TV shows included: reality shows like "The Hills" and "Bachelor;" soap operas such as "Days of Our Lives;" romantically themed movies such as "Pretty Woman," "The Notebook" and "Sleepless in Seattle."

And the more the participants believed in the TV romance, the higher they rated both expected and actual relationship "costs," which included their loss of personal freedom and time as well as their partner's unattractive qualities. But that finding might help explain why greater belief in TV romances did not also predict lower relationship satisfaction.

"People with higher belief in television portrayals might see their relationships as more costly than their lower belief counterparts do, but because they also expected higher costs they are no less satisfied," the researchers wrote in the paper.

The study was published last week in the journal Mass Communication and Society. Its author, Jeremy Osborn, of Albion College in Michigan, said it could shed light on how TV influences our relationships in ways we hadn't thought it could.

"We live in a society that perpetually immerses itself in media images from both TV and the Web, but most people have no sense of the ways those images are impacting them," Osborn said in a statement. "The rate of marriage failure in the U. S. is not dropping, and it is important for people to have a sense of what factors are leading to the failure of so many relationships."