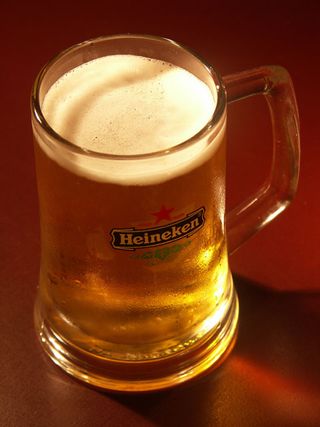 Drinking during pregnancy may harm an infant's ability to learn even before he is born, according to a new study that is the first to examine alcohol's effect on fetuses in the womb.

In the study, researchers measured how long it took fetuses to get used to a repeated sound — a process called habituation, which represents a basic form of learning, the researchers said.

Fetuses of women who engaged in binge or heaving drinking during pregnancy took longer to get used to the sound than fetuses of mothers who did not drink.

The results suggest that such drinking during pregnancy acutely affects the way fetuses' brains work. Previous studies have found that newborns of mothers who drink in pregnancy also take longer to habituate to repeated sounds.

Babies exposed to alcohol in the womb show widely varying effects — some do just fine, while others have learning problems and developmental delays. The findings suggest it may be possible to identify early on which babies have been harmed by alcohol during pregnancy, the researchers said.

"By identifying the presence of alcohol-induced problems before birth, it will be possible to implement better management strategies much earlier, and hopefully improve outcomes," said study researcher Peter Hepper, a professor of psychology at Queen's University of Belfast in Northern Ireland.

Habituation depends on a person's ability to recognize a stimulus, and establish that it is not threatening and can be ignored, Hepper said. For example, you may become habituated to the sound of a ticking clock in a room.

The new study involved about 80 women who were surveyed during weeks 12 to 14 and 18 to 20 of their pregnancies. Participants reported how much they drank in the last week, and whether their drinking was spread out over the week, or confined to a few days (a binge).

Because many women decrease their alcohol consumption in pregnancy, there were fewer women in the heavy- and binge-drinking groups, compared with the no-drinking group.

At week 35 of pregnancy, the researchers used a speaker to play a sound close to the mothers' abdomens, and observed the fetuses' reactions — a startle or movement — with ultrasound. The sound was repeated every five seconds until the fetus no longer responded.

Fetuses of mothers who did not drink, or drank moderately over the week, stopped responding after they heard the sound about 17 times.

Future effects on the brain

The exact brain areas involved in habituation are not known, but it's believed these regions are also important in paying attention and detecting new stimuli. An impaired habituation response may represent damage to these brain areas, and could have long-term consequences for development, the researchers said.

However, the researchers do not yet know whether the behavior changes seen in the womb will predict impairments later in life. Studies need to be conducted that follow-up with children after birth to investigate this, the researchers said.

The study will be published in the December issue of the journal Alcoholism: Clinical & Experimental Research.

Pass it on: Drinking during pregnancy affects brain functions of the fetus.