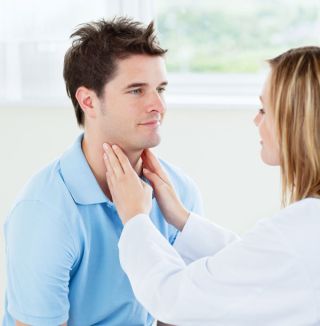 Many people who see a doctor for a sore throat receive prescriptions for antibiotics, but most do not need them, experts say.

That's because most sore throats are caused by viruses, which do not respond to antibiotics, the Infectious Diseases Society of America says.

According to new guidelines released today (Sept. 11) by the IDSA, people should take antibiotics for strep throat only if a test confirms they have the condition.

Patients who test positive for strep — caused by streptococcus bacteria — should be treated with penicillin or amoxicillin if possible, the guidelines say. Use of the antibiotics azithromycin and cephalosporin should be avoided because strep bacteria are  increasingly becoming resistant to these drugs, the IDSA says.

About 15 million people in the United States see doctors for sore throats every year, and up to 70 percent receive antibiotics, but a much smaller percentage actually have strep throat: approximately 20 to 30 percent of children, and 5 to 15 percent of adults.

Children and adults do not need to be tested for strep throat if they have a cough, runny nose, hoarseness or mouth sores —  these are strong signs of a viral throat infection, the guidelines say.

A sore throat is more likely to be caused by strep if the pain comes on suddenly, swallowing hurts and the sufferer has a fever without symptoms of the common cold, the guidelines say.

The IDSA recommends against surgery to remove tonsils for children with repeated throat infections except in very specific cases — such as a child who has obstructed breathing — because the risks of surgery are generally not worth the benefit, the guidelines say.

The guidelines are not intended to take the place of a doctor's judgment, but rather to support the decision-making process, which must be individualized according to each patient's circumstances, the IDSA says.

Pass it on: Most sore throats are caused by viruses and should not be treated with antibiotics, new guidelines say.