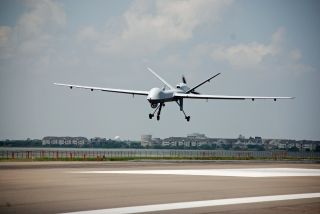 Jerry LeMieux, the founder of Unmanned Vehicle University, wants to prepare for the day when the U.S. Federal Aviation Administration begins granting personal and commercial licenses in 2015, according to the Washington Times. He hopes his university can get FAA-certified so that a degree also carries the weight of federal certification.

Ordinary citizens may not have the licensing to fly drones just yet, but civilian test pilots have lined up alongside their military brethren to get certification. Law enforcement officers and federal agencies such as NASA also have trained drone operators to fly their unmanned fleets.