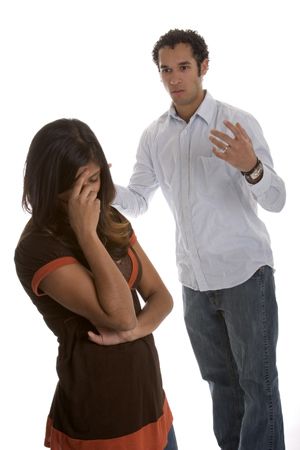 If your spouse already bugs you now, the future is bleak. New research suggests couples view one another as even more irritating and demanding the longer they are together.

The same trend was not found for relationships with children or friends.

The study results could be a consequence of accumulated contact with a spouse, such that the nitpicking or frequent demands that once triggered just a mild chafe develops into a major pain. But accumulated irritation has its silver lining.

"As we age and become closer and more comfortable with one another, it could be that we're more able to express ourselves to each other," said lead study author Kira Birditt, a research fellow at the University of Michigan's Institute for Social Research. "In other words, it's possible that negativity is a normal aspect of close relationships that include a great deal of daily contact."

Rather than breeding unhappy couples and ill health, the increase in negativity could be a normal part of relationships.

"Because we found that pattern was overall among the participants, it appears to be normative. It's not something unusual that happens," Birditt said.

Birditt and U-M colleagues Lisa Jackey and Toni Antonucci looked at how negative views of spouses, friends and children changed over time and among different age groups, including young adults (ages 20 to 39), middle-aged adults (40 to 59) and older adults (60 and over).

The researchers analyzed responses collected in 1992 and 2005 as part of the Social Relations and Health Over the Life Course study, a regionally representative sample of people from the greater Detroit metropolitan area.

More than 800 individuals indicated the level of negativity in relationships with their spouses or partners, children and best friends. Participants also noted whether or not their responses referred to the same spouse, child and friend during the 2005 interviews.

Each participant rated how strongly they agreed or disagreed with two statements:

In all age groups, individuals reported viewing their spouse as the most negative compared with children and friends. The negative view of spouses tended to increase over time.

"We were surprised because in the gerontological research, it suggests that as people age they get better at regulating their emotions and experience less negative relationships," Birditt told LiveScience. "But we found that it depends on which relationship you're looking at."

As relationships with spouses became more negative, relationships with children and friends seemed to become less demanding and irritating over time. Negativity toward friends decreases over time partially because we can continuously choose and weed our friends, ditching those pals who are irritating, according to the researchers.

"Relationships with children may become less negative because of role changes as children move through adolescence and young adulthood, grow and mature, usually becoming more stable and independent," Birditt explained. Kids moving out didn't seem to impact spousal negativity, however, as the researchers found the same trend for spouses irrespective of the age group.

"Older adults are more likely than younger people to report that they try to deal with conflict by avoiding confrontations, rather than by discussing problems," Birditt said.

In general, the longer partners stay together, the more they have to deal with the other's idiosyncrasies, for instance. "When you’re living together, it’s a lot harder to avoid each other," Birditt said.

The research was presented in November at an annual meeting of the Gerontological Society of America, and it has also been submitted to a journal for publication.