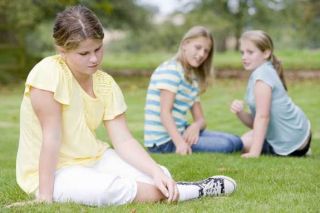 Girls with ADHD might be at greater risk for suicide and self-harm in young adulthood, new research suggests. Ten years after being diagnosed with attention deficit hyperactivity disorder (ADHD), young women were up to four times more likely to attempt suicide and up to three times more likely to report acts of self-injury, such as cutting, than their peers without ADHD, the study found.

The researchers checked up on the girls five years later and then ten years later. They conducted clinical assessments, academic achievement tests and interviewed the girls' families about possible problems, such as substance use, suicide attempts, self-injury and depression.

Among the girls diagnosed with ADHD-combined, 22 percent reported at least one suicide attempt at the 10-year check-up, compared to 8 percent of those diagnosed with ADHD-inattentive and 6 percent of the control group, according to a statement from the American Psychological Association, which published the study in the Journal of Consulting and Clinical Psychology. Meanwhile, 51 percent of the ADHD-combined group reported self-harming acts such as scratching, cutting, burning or hitting themselves, compared to 29 percent in the ADHD-inattentive group and 19 percent in the control group.

"ADHD in girls and women carries a particularly high risk of internalizing, even self-harmful behavior patterns," lead researcher Stephen Hinshaw, of the University of California, Berkeley, said in a statement. "We know that girls with ADHD-combined are more likely to be impulsive and have less control over their actions, which could help explain these distressing findings."

The report builds on previous research that found girls diagnosed with ADHD were significantly more likely to later suffer from antisocial, mood, anxiety, developmental and eating disorders than girls without ADHD.